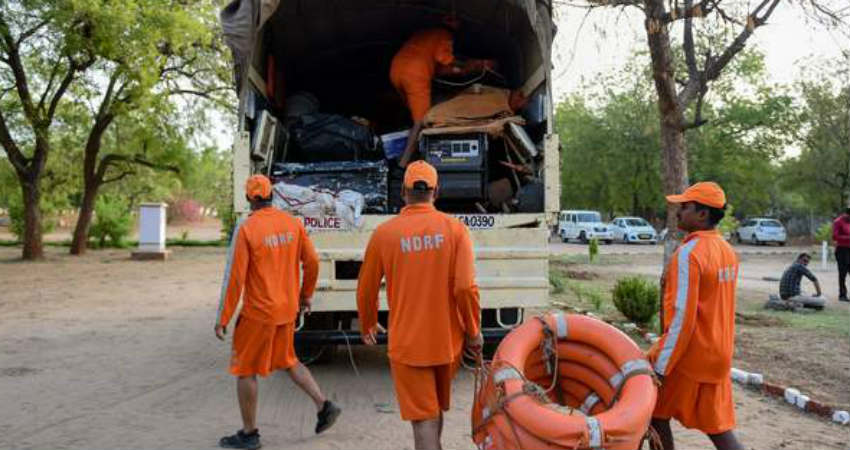 Earlier this morning Severe Cyclone Vayu intensified further into a Very Severe Cyclonic Storm. A Red Alert has been issued by authorities for Cyclone Vayu, earlier today, which is likely to hit Gujarat coast on the early morning of June 13.

Government rescue agencies will be evacuating over three lakh people from Gujarat and Diu before the Very Severe Cyclone Vayu makes a landfall in the region.

Damage is being expected in the coastal areas of Gujarat such as Kutch, Devbhoomi Dwarka, Porbandar, Rajkot, Junagarh, Diu, Gir Somnath, Amreli and Bhavnagar.

The sea condition is very likely to become very rough over east-central and adjoining northeast Arabian Sea and Gujarat coast from the evening of June 12.

While the newly appointed Union Home Minister Amit Shah called a high-level meeting to review the preparedness of the concerned states, around 39 NDRF teams are being deployed in Gujarat and Diu while 34 Army teams have been put on standby. Also, aerial surveillance is being carried out by IAF. 24x7 functioning control rooms are being installed in the area.

An advisory has been issued to Gujarat and Union Territory Diu for taking precautionary measures so that no human life is lost and damage to infrastructure is minimized. Also, efforts are being made so that all essential services are restored early after landfall.