30 dead in Himachal, 12 in Uttarakhand as heavy rains continue to batter the states 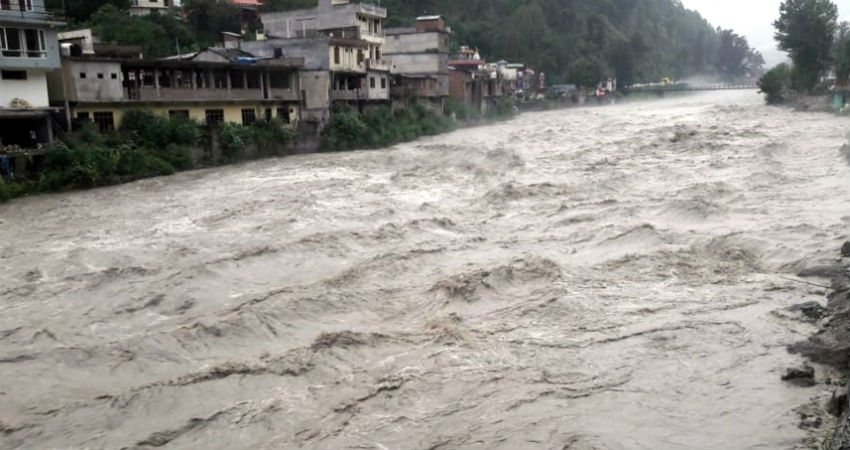 The landslides and rain-related incidents have taken lives of 30 people so far in Himachal Pradesh. While several tourists are still missing in different areas of the state. All the major routes are affected as roofs of many houses have collapsed.

In the wake of heavy downpour, National highways and schools in the state have been ordered to remain closed until the floodwaters recede.

In Hamirpur, Himachal Pradesh, a college building collapsed as heavy rains continued to batter the state during the last 24 hours.

Similarly, the flood fury is continuing in the state of Uttarakhand, with rain-related incidents being continuously reported from the Mori block of the state’s Uttarkashi district. The district has recorded 12 deaths so far, while 5 people are still missing.

In the wake of heavy downpour in Uttarakhand, the river- Ganga in Haridwar has crossed its danger mark and is all flooded.

According to our meteorologists, floodwaters will gradually recede as rains are expected to reduce in Himachal Pradesh. For the next three to four days, only light rains will continue in the state.

On the contrary, the situation would continue to remain grim in Uttarakhand as chances of moderate rains with one or two heavy spells are still high. The flood situation would persist for the next three to four days, hence due precautions must be taken.