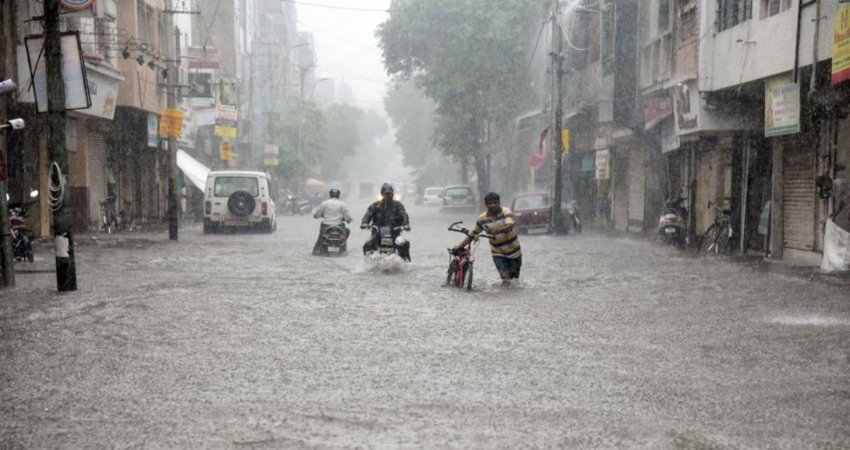 This Monsoon season has been extremely fruitful for the region of Gujarat, which is surplus by 24% from June 1 to September 19. Talking about the regions separately, rain in Saurashtra and Kutch is surplus by 43%.

At present, the Axis of Monsoon trough is extending from Saurashtra to Central Bay of Bengal. A Cyclonic Circulation is also persisting over North Madhya Maharashtra.

Due to these significant Weather systems, moderate to heavy rainfall activities were seen in Gujarat region and in the Southern districts of the State.

In a span of 24 hours from 08:30 am on Wednesday, some good rains have been lashing places like Mahuva where 53 mm of rain was recorded. During the same period, Bulsar received 21 mm, Ballabhvidyanagar 12 mm and Veraval recorded 9 mm of rainfall. Ahmedabad, Surendranagar, and Surat experienced light to moderate rain.

As predicted by weathermen at Skymet, we expect light to moderate rain to commence over the Gujarat region as well as in the Southern districts of the State including Amreli, Porbander, Dwarika, and Junagarh until September 22.

Post-September 22, the Weather would go dry. But by September 27, another spell of rain may commence over the Gujarat region.

From September 29, which is the start of the Navratras we do not expect any significant rainfall activity to be seen in Gujarat. But the southern districts of the State may get to observe scattered light rain during this period.