Another Low-Pressure Area in the Bay of Bengal to brew soon, rains very likely over Andhra, Telangana, Karnataka 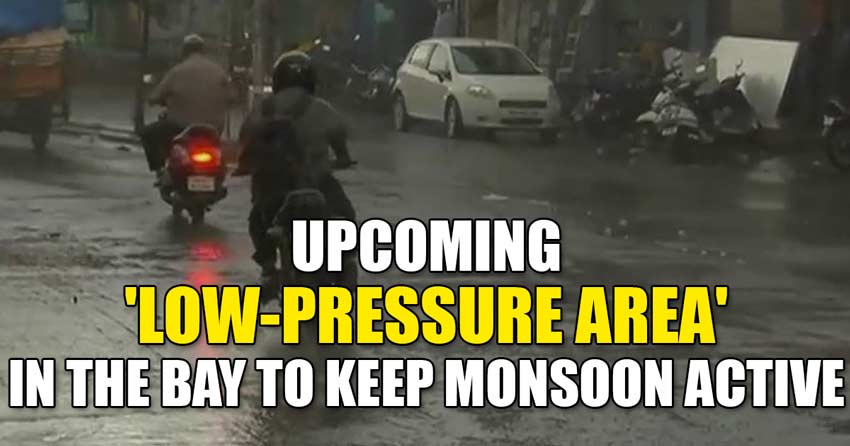 Now, some disturbance is foreseen as a Cyclonic Circulation is already coming up in the wind field.

According to meteorological experts at Skymet, a Cyclonic Circulation will form in the Bay of Bengal which by September 22 or September 23 will shift closer to the land but will remain in the sea. It is then likely to become a Well-Marked Low-Pressure Area.

There is a possibility of the system moving inland by September 24, and moving across the Andhra Pradesh coast, covering more regions of peninsular India like Telangana, Karnataka and some parts of Maharashtra.

This system will keep moving in the west-northwest direction and may impact the Konkan and Goa region as well. However, the chances of this system crossing the Arabian Sea is very bleak and possibly from there it will shift North and move further over the parts of Maharashtra, Gujarat and Madhya Pradesh.

These regions will experience widespread moderate rains and some stations might even record heavy rainfall. The system is likely to stay inland for at least three days that is from September 24 to September 26.

North and South Interior Karnataka, Rayalaseema, and Telangana all have turned to the plus side of the normal. With these upcoming rains, the values may further upgrade.