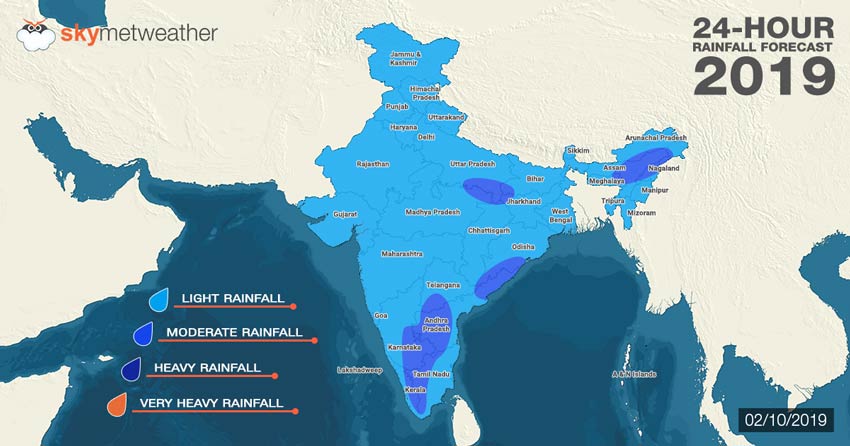 Monsoon Systems across the country:

A Well-Marked Low-Pressure Area is over South Rajasthan and adjoining Gujarat.

A Cyclonic Circulation is persisting over Punjab and another rover Southeast Uttar Pradesh.

Another Cyclonic Circulation can be seen over the east-central Bay of Bengal.

Monsoon performance in the last 24 hours

Monsoon remained Subdued over rest parts of the country.

Rain performance likely in the next 24 hours

The rest parts of the country will see subdued rains.