Weather update and forecast for February 07 across India 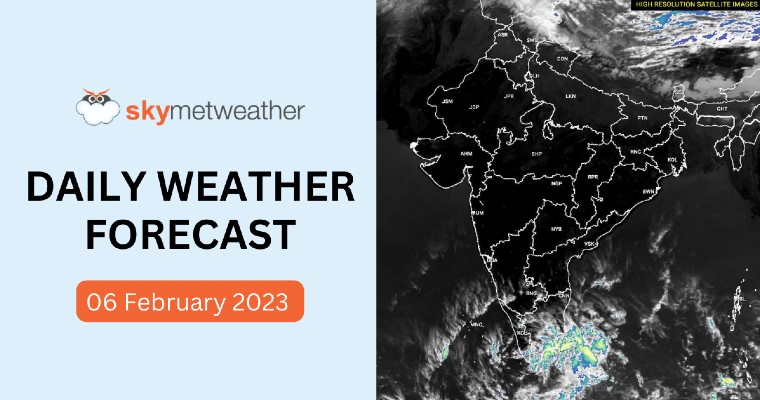 A western disturbance is seen over Jammu and Kashmir and adjoining area.

Another Western disturbance will approach Western Himalayas by night of February 8.

Weather Activity in the last 24 hours:

During the last 24 hours, light to moderate rain and snow with one or two heavy spells occurred over Jammu and Kashmir, Gilgit-Baltistan and Muzaffarabad.

Day and night temperatures increased by 2 to 3 degrees across Rajasthan, Madhya Pradesh, Gujarat, and Maharashtra.

Weather Activity in the next 24 hours:

During the next 24 hours, light to moderate rain and snow with isolated heavy spells are possible over Jammu and Kashmir, Gilgit-Baltistan, Muzaffarabad, and Himachal Pradesh during next 24 hours and weather will become dry thereafter.

Light rain and snowfall occurred over Uttarakhand and Arunachal Pradesh.

Light rain is possible over Assam and Sikkim.

Any information picked from here must be attributed to Skymet Weather

Pleasantly Warm Days And Cool Mornings Ahead For Delhi

Series of Western Disturbances to continue

Weather update and forecast for February 06 across India

Punjab, Haryana, and Delhi will witness dry and comfortable weather