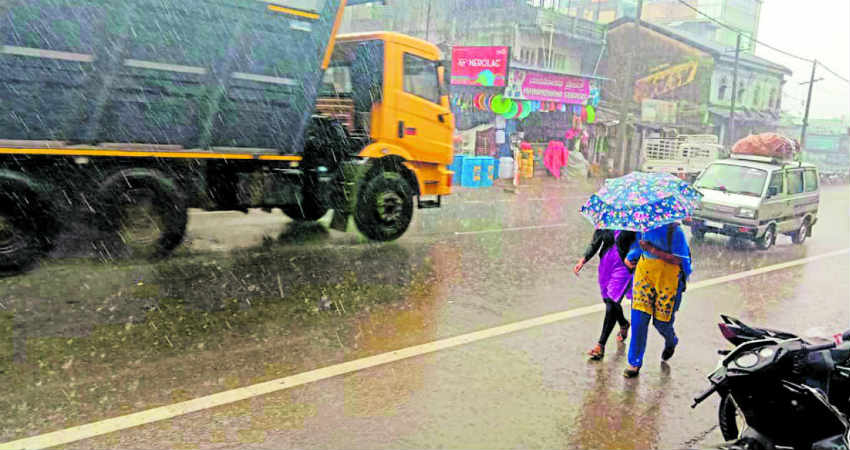 The withdrawal of Southwest Monsoon is nearly complete and the conditions are favourable for the arrival of Northeast Monsoon in about two to three days.

Already as a precursor to the Northeast Monsoon, the Tamil Nadu coast is witnessing good amount of rain. In a span of 24 hours from 8.30 am on Monday, Kanyakumari and Kodaikanal recorded 36.7 mm and 4.5 mm of rain, respectively.

Over here we are projecting that the second half of October will be good for the southern peninsula in terms of Northeast Monsoon activity.

According to our experts, a feeble Low-Pressure Area may develop in the Bay of Bengal off Tamil Nadu coast around October 24 which will further escalate the Monsoon rainfall activity.

The Low-Pressure Area will stay close to the coast and will not move deep inside the sea. During this period, the coastal stations of Andhra Pradesh and Tamil Nadu will see good rainfall. Thus, we can say that in the second fortnight of October a good spell of Northeast Monsoon is expected.

The rainfall activities in the first fortnight of October are a precursor to the Northeast Monsoon and a mixed response has been witnessed. Like Kerala, Tamil Nadu and Coastal Andhra Pradesh are all rain deficient by 21%, 44%, and 29%, respectively. Rayalaseema and South Interior Karnataka have done fairly well and are surplus by 27% and 51%, respectively. As per our experts, the second half of October is expected to be good for all the five sub-divisions.