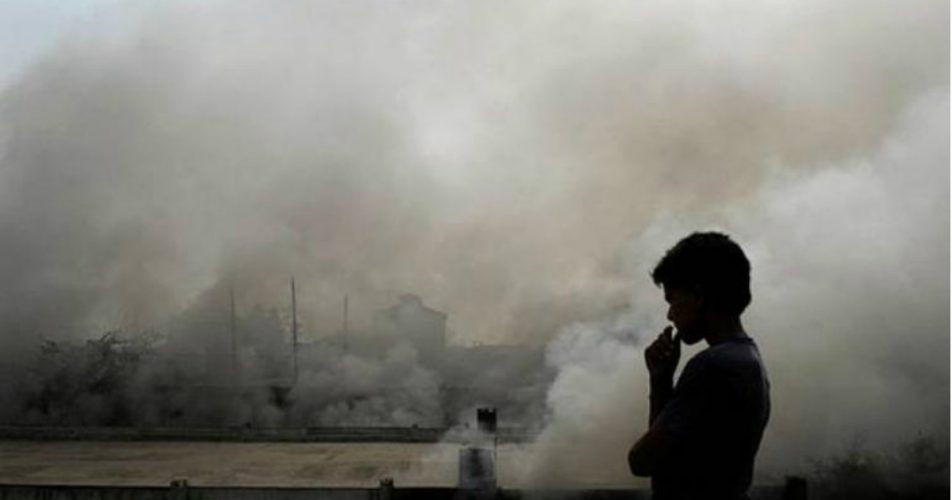 After a rather good start of October in terms of air quality, Delhi Pollution seems to have picked an upward tangent since the last one week now. Air quality over Delhi seems to be deteriorating day by day. While, last week it was in ‘moderate’ category, it plunged into ‘moderate to poor’ this week. Moreover, on Tuesday ‘poor to very poor’ air was persistent over the city. At present, most of the locations in Delhi and NCR are in ‘poor to very poor’ category. PM 10 is in ‘poor’ category and PM 2.5 is in ‘very poor’ category.

There are multiple factors associated for this sudden spike in pollution levels. Weather remains the main culprit since Monsoon started withdrawing October 9 onward. Also, winds are playing a major role. Since the last four to five days, light variable winds are blowing over Delhi NCR as well as many parts of Northwest India.

Since yesterday easterly winds are blowing over Delhi and NCR in lower levels, whereas winds at around 5000 ft are from Northwest direction.

Also, stubble burning has increased over Punjab and Haryana and these smoke particles are being carried towards Delhi by the upper winds. These particles thus then gradually subside to lower levels over Delhi and NCR, becoming one of the contributors in Delhi pollution.

Moreover, light winds are making sure the local pollution emitted from Diesel generators, traffic, dust particles from construction sites and other gases remain trapped over Delhi and NCR. These local pollutants are not able to disperse in the absence of any major winds.

Adding to this, calm winds during night and early morning hours as well as low temperatures lead to formation of haze.

Pollution from stubble burning is taking a political turn with AAP and BJP trying to convince each other on their stances for stubble being a reason behind Delhi’s pollution. While the central government is denying stubble burning being a reason behind Delhi’s pollution, AAP thinks otherwise. Well, the ground reality is something that only experts can tell.

Delhi came out a little fortunate since yesterday, as lower level surface winds are blowing which are not allowing significant amount of smoke from stubble burning to reach Delhi and NCR. Otherwise the situation would have been much worse.

After October 20 or 21, surface winds as well as upper winds will commence from Northwest direction leading to the smoke from Punjab and Haryana to reach the region. This is when a significant increase in pollution level is expected.