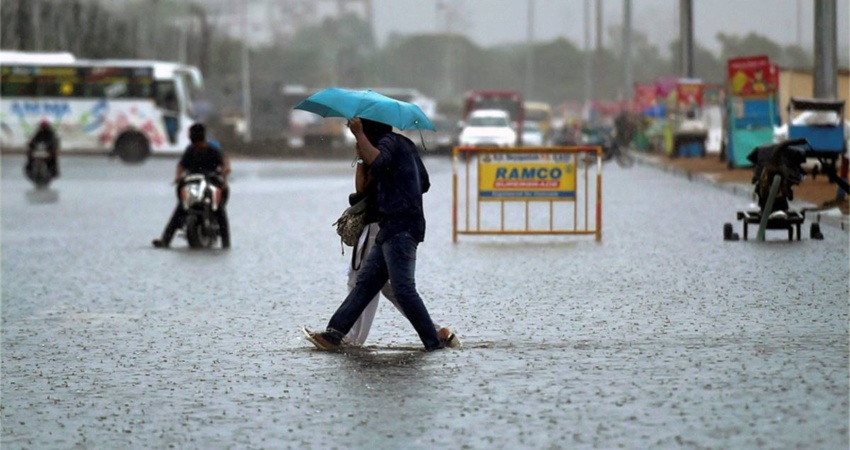 Official observatory of Chennai, Nungambakkam recorded 63mm rainfall in the past 24 hours till 8.30 am today. The airport observatory, Meenambakkam measured 45mm during the same period. The monthly total for Nungambakkam reached 68mm till 05th January 2021. This is the highest rainfall recorded ever since January 2002 when the capital city Chennai clocked 91mm.

Northeast Monsoon officially ended on 31st December but the stream of Easterly Wave is still thronging coastal Tamil Nadu to inflict heavy rainfall at many places. The normal rainfall for Chennai for the month of January is mere 25.9mm and subsequently, in February and March, the city nearly goes dry and has a normal rainfall of 3.4mm and 3.5mm respectively. Monthly normal steps up to double-digit in April (14.4mm) with sporadic Pre-Monsoon showers. The month of January by itself is very inconsistent with large variability in the quantum of rainfall. The past records depict this pattern clearly when the year 2000, 2001, 2003, 2005, 2007, 2013, 2014 and 2019, Chennai recorded less than 1mm rainfall in the entire month. On the other hand, the year 2002 (91mm), 2008 (47mm) and 2020 measured 57.9mm rainfall during January.

Heavy rainfall with lightning and thunderstorm is expected over the city of Chennai and suburbs in the next 48 hours. Possibly the earlier 2-decade old record of 91mm in January 2002 will get surpassed in these 2 days to set a new milestone for Chennai. A stream of easterlies is seen converging the coast, particularly the northern half from Chennai to Karaikal. Heavy to very heavy rainfall is expected over this region in the next 48 hours.