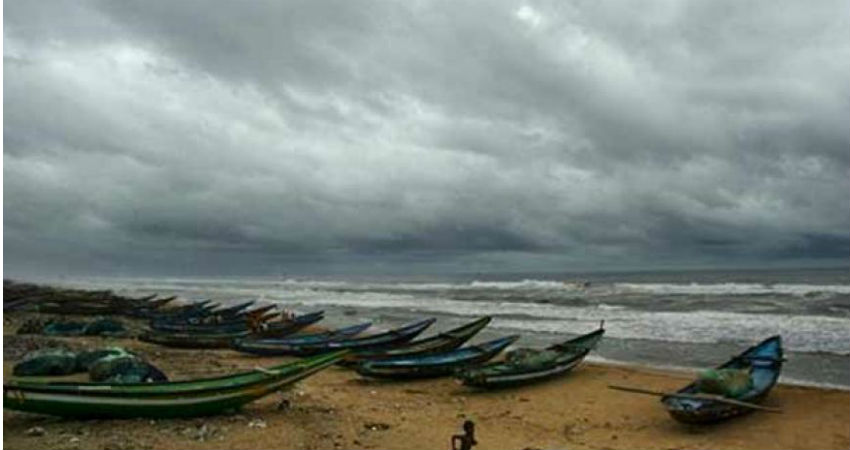 Moving north­-northeastwards, the Extremely Severe Cyclonic Storm Fani over Westcentral Bay of Bengal has now picked up pace and moved closer to the coast. It is presently centered near Latitude 16.2°N and Longitude 84.6°E, around 390 Km south­southwest of Puri, Odisha, 190 km south­southeast of Visakhapatnam, Andhra Pradesh and 580 km south­southwest of Digha, West Bengal.

Fani would make landfall as an very severe cyclonic storm at Odisha coast near Satpada and Balukhand area in Puri district around the noon hours of May 3. At the time of crossing the coast, the maximum sustained wind speed would be of 170­-180 Kmph, gusting up to 200 Kmph. 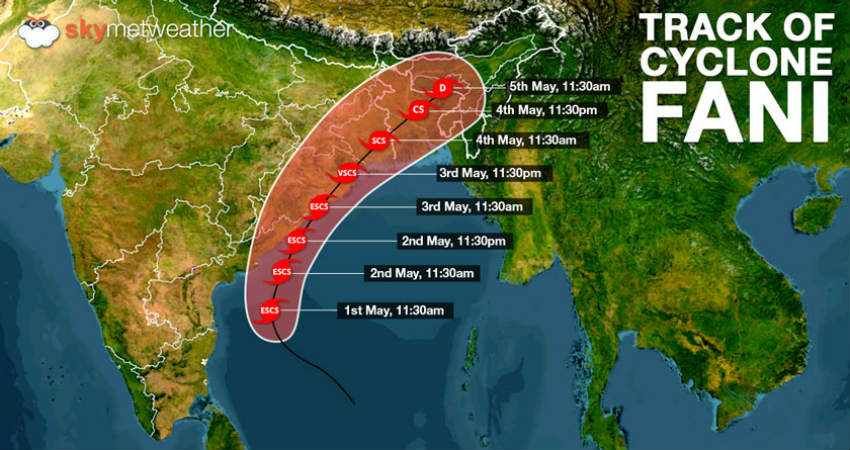 However, since now Fani is travelling very close to the coast, we can now expect heavy to extremely heavy rains across Andhra Pradesh, Odisha and West Bengal from May 2-4 in the similar order. Andhra Pradesh has already started reporting heavy rains in the coastal areas.

Around 8 Lakhs have been evacuated so far and several trains are either cancelled or rerouted.

Following is the list of the districts which are likely on the bigger risk across these three states as Extremely Severe Cyclonic Storm Fani prepares to cross the coast: 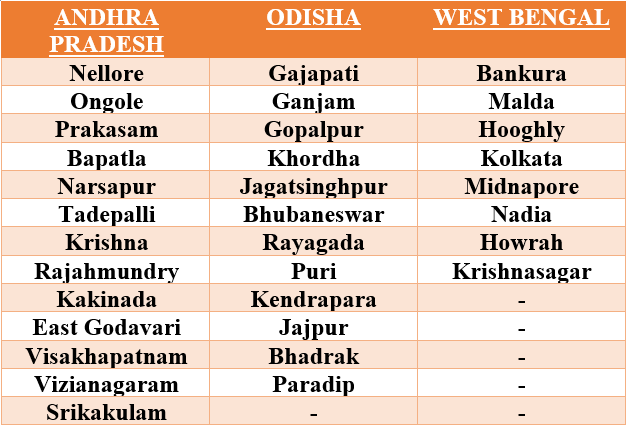