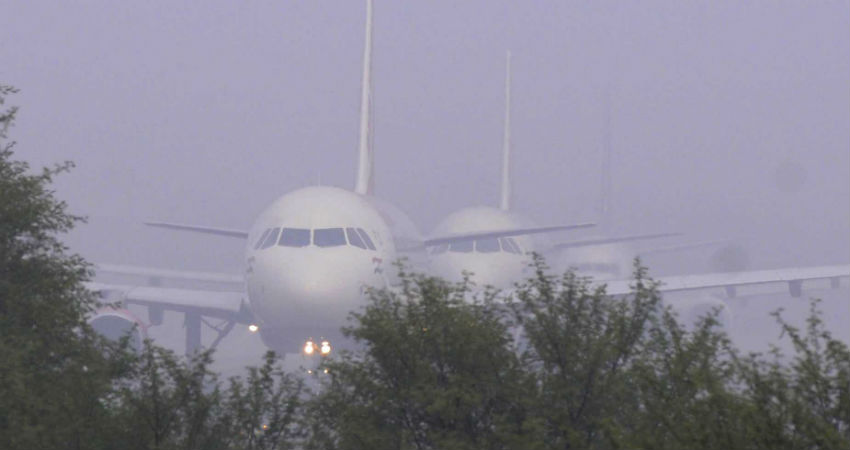 Delhi witnessed its season’s first dense fog today. At 07:00 hours in the morning, the visibility dropped to 100 meters over Palam. This caused quite a difficulty for the planes taking off and landing at Delhi. Also, the traffic on the highways was disrupted badly.  Now, however, visibility is improving considerably with the rising sun.

This fog has a close relation to Delhi pollution which is increasing considerably since last many days. Today the overall AQI in the city was recorded at 380. Many parts of Delhi and NCR are witnessing air in ‘poor’ to ‘very poor’ category. A few places are recording air in ‘severe’ category as well. The pollution levels are increasing day by day due to the absence of any strong winds and consistently low temperatures.

As had been forecast by Skymet earlier as well, we do not expect any significant relief from pollution for the next few days until December 12 or 13. Until then winds will remain light. However, easterly winds are likely to blow over the region tomorrow onward which will further increase the humidity levels. The wind speed will remain on the lower side. Therefore, we do not expect any relief from these winds.

Around December 10, a fresh Western Disturbance will approach the Western Himalayas which will induce a Cyclonic Circulation over Northern Plains. During this time, we expect scattered rains and thundershower activities over Punjab, Haryana, West Uttar Pradesh, North Rajasthan and Delhi between December 11 and 13. If the rain intensity remains moderate to heavy, pollutants will get washed away and the air quality might come down to ‘moderate’ to ‘satisfactory’ category.