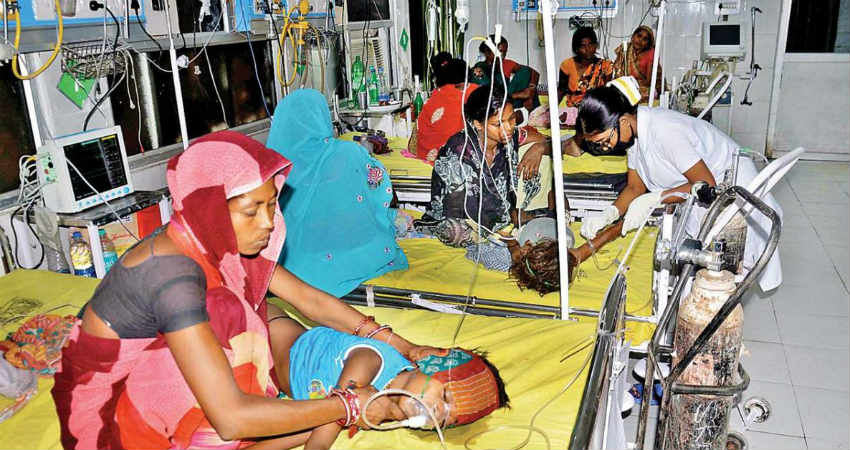 Many parts of Bihar especially West and Central Bihar are reeling under heat wave conditions for almost 4 days now. Places like Patna, Aurangabad, Gaya, Nawada and Chapra have been witnessing temperatures six to eight degrees above normal.

The high day temperatures combined with high humidity levels have resulted in many casualties. Nearly 184 people have died due to heat wave related incidents such as heat stroke. Most of the casualties have been reported from Aurangabad, Gaya, and Nawada. Taking precautionary measure the state government for the first time has imposed Section 144 in Gaya.

Meanwhile, all government and government-aided schools in Bihar will remain closed till June 30 in view of the prevailing heatwave conditions. Also, any kind of movement has been restricted between 11 am – 4 pm because of the high temperatures during this period. Work at construction sites has also been banned for a while.

According to meteorologists at Skymet, this is one of the longest heat wave spell the state has ever witnessed. The monsoon usually reaches Bihar by June 10 but sadly, it has yet to enter the state. Looks like Bihar has to wait for another four to five days for the Monsoons to hit the state. However, a short relief is in sight as scattered rains are expected in parts of Bihar during the next two to three days. Light rains have already been observed in Patna, Purnea and Gaya during the last 24 hours from 8.30 am on Monday. But this spell has not been enough to bring about a major change in the day temperature that is settling four to five degrees above normal in the region. Major relief is expected only when Monsoon enters the state.