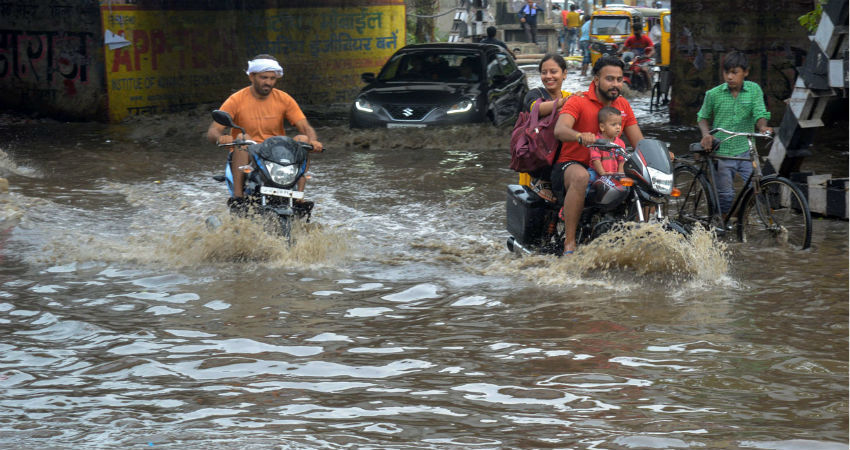 With the state of Bihar witnessing heavy rains, Uttar Pradesh has also been reeling under flooding conditions for quite a while now and one can see flooding waters everywhere.

While 47 deaths were reported on Thursday and Friday while 26 additional lives were claimed across the state on Saturday in view of heavy showers.

However, in the past 24 hours, rains have reduced over East Uttar Pradesh, with Varanasi recording only 2 mm of rains from 8:30 am on Sunday. During the same time frame, Gorakhpur has recorded 21 mm of rain, while light to moderate showers appeared in other parts.

Many districts of eastern Uttar Pradesh have been flooded due to heavy rains along with which both the Ganga and Yamuna are flowing above the danger levels. Although rains would reduce now, water will take some time to recede from the region.

In view of these floods, Uttar Pradesh Chief Minister Yogi Adityanath has given directions to divisional commissioners and district magistrates to take all possible measures and extend immediate relief to the ones affected by flooding rains. Yogi has also asked officials to extend monetary help of Rs 4 lakh each to the family members of the deceased.

However, rains will witness a reduction with light rains along with one or two moderate spells as likely over East Uttar Pradesh today.

By tomorrow, only light rains will be seen as the Trough which was extending from West Uttar Pradesh to Northeast India across East Pradesh and Bihar will now start to gradually weaken.

Further, between October 2 and 5, rains may once again increase over Prayagraj, Varanasi, and Chandauli in wake of a Cyclonic Circulation over North Chhattisgarh and adjoining area.