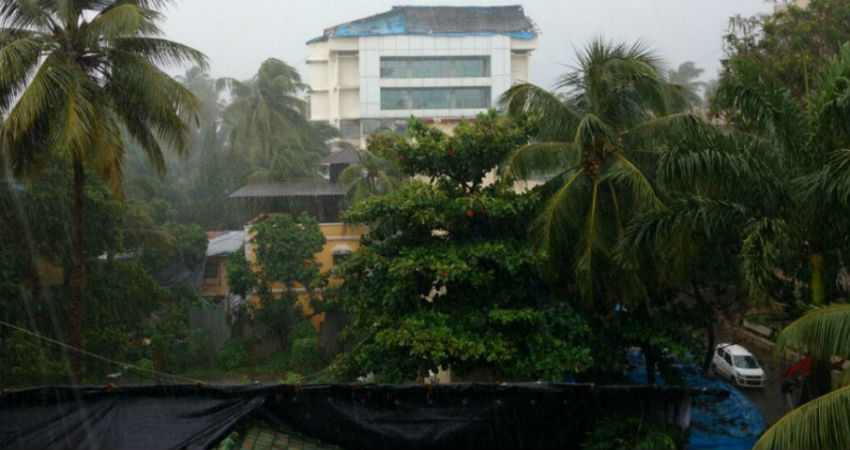 Updated on June 10, 2019, 10:00 PM: Mumbai rains have finally made a comeback and that too with a bang. This is the first Pre Monsoon spell which has been this significant and is likely to continue for another two to three days.

The city of Mumbai was reeling under hot and humid conditions, but these showers will definitely help in giving relief from those weather conditions. These showers are attributed to the probable Cyclone which is brewing in the Arabian Sea and is likely to become a Cyclonic Storm, Vayu by tomorrow due to which rains will increase further.

Published on June 10, 2019, 10:00 AM: Mumbai weather had remained hot and humid for quite some time, however, rains did make an appearance over the capital city of Maharashtra. The city saw some scattered rain and thundershower activities, yesterday. In fact, these rains have finally put an end to the prolonged dry spell.

In the last 24 hours from 8:30 am on Sunday, Santa Cruz observed 3 mm of rains while 1 mm of rainfall was witnessed in Colaba.

These rains have majorly helped in easing out the day temperatures which were settling above normal by three degrees until now. Not only the maximums, minimum temperatures have also witnessed a drop to some extent.

These rains are attributed to the Well Marked Low Pressure Area, which has now intensified into a Depression and is currently stationed over East Central Arabian Sea. This system is likely to move in a north/northwest direction, parallel to Maharashtra coast and is expected to become a Cyclonic Storm during the next 24 to 48 hours.

Now also, on and off pre Monsoon rain in Mumbai and its suburbs will continue for the next few days. In fact, on June 12, a couple of moderate spells of rain are also expected. Further, by June 15, the intensity of rains will increase and some good showers are also expected.

Due to these rains, maximum temperatures will subside by 2℃ to 3℃ and settle somewhere around 33℃. In the coming days, sky conditions will remain cloudy and wind speed will increase. South/south-easterlies would blow over the West Coast and sea conditions would become rough near Maharashtra coast including Mumbai. These conditions are expected until June 15, thus, fishermen are advised not to venture out into the sea for some days.