Schools, colleges shut in Coimbatore as record rainfall of 106 mm witnessed in the past 24 hrs 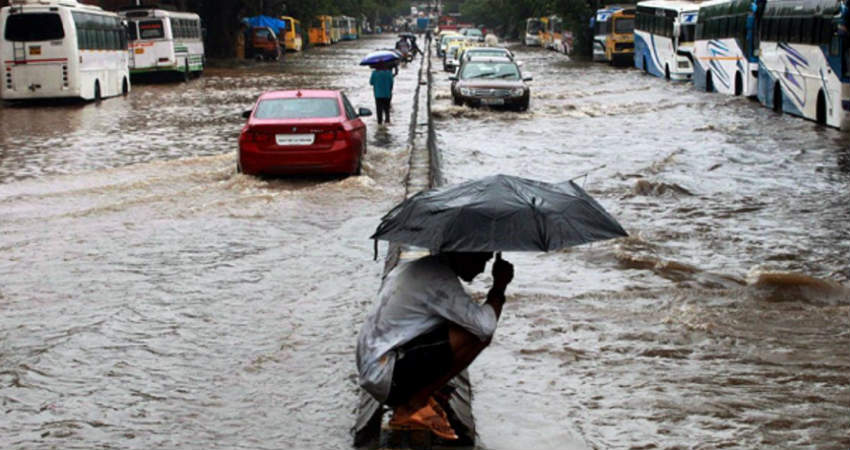 In wake of these heavy rains, the Parcel building at Coimbatore railway station has collapsed leaving behind two injured.

The torrential rains that began battering the city on Wednesday night brought down the compound wall of Iruttupallam Panchayat Union Middle School (PUMS). In the backdrop of the downpour, teachers' associations in Coimbatore urged the district authorities to declare schools closed to ensure the safety of students.

We all know that the state of Tamil Nadu comes under the rain shadow area. While Coimbatore is the least rainy because it is just next to the foothills of Nilgiris on the lee side, that is it is not on the uphill side. Hence, Monsoon activities are very mild over the city.
During Monsoon, the weather conditions are very pleasant with the least rains in offing. The normal rains during the Southwest Monsoon Season for this city are 138 mm and the month of August sees 36 mm of rains.

As we step from May into June and then to July, a marginal increase in rain activities is a sight but then very occasionally the city witnesses some heavy showers. For instance, in the past 24 hours, the city has experienced very heavy rains of 106.4 mm which is a record rainfall in the last ten years.

Now as per our experts, for the coming three days, only light to moderate rains will be a sight.