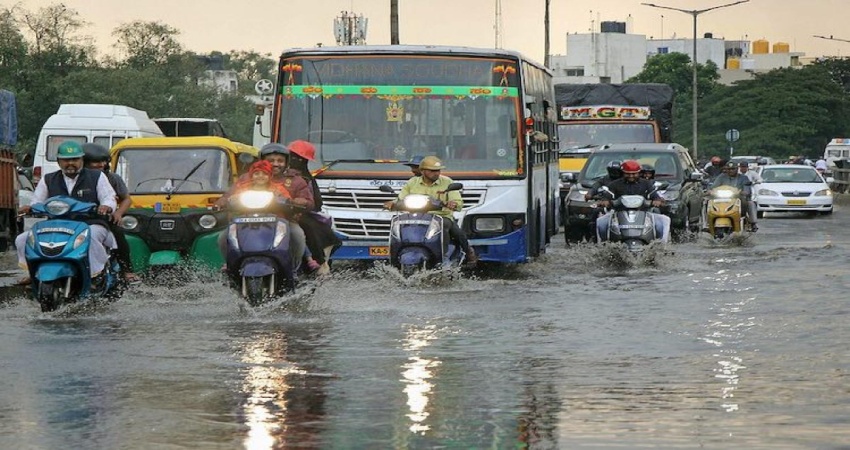 Very heavy rains have lashed most parts of Karnataka during the last 48 hours. More heavy showers are expected in the next 48 hours and light to moderate spells thereafter till 11th January and a break will follow. These exceptionally heavy rains are unprecedented, especially over South Interior Karnataka. Chitradurga and Hassan received an intense spell recording nearly an all-time high 24 hours rainfall of 102mm and 79mm respectively. Chitradurga has an earlier all-time record of 104.1mm registered on 21st January 1918 and Hassan is little behind with 59.7mm measured on 21st January 1921.

The entire state of Karnataka is a benign weather pocket in the month of January and February. Easterly wave and the cyclonic circulations in the equatorial belt recede their track after cessation of Northeast Monsoon. Sporadic incursions are few to impact South Interior Karnataka. North Interior Karnataka remains far from reach of these disturbances and also aloof from other weather systems moving across the northern latitudes. Perturbations if any, in the Arabian Sea off the coast does influence Karnataka weather.

Presently a cyclonic circulation is marked over the central parts of Arabian Sea and trough is extending along the west coast from South Gujarat to Kerala. This elongated feature has feeble embedded circulations accentuating the weather activity all along from Kerala to Maharashtra through Karnataka. Moderate to heavy rainfall has occurred over Mysore, Mandaya, Hassan, Shimoga, Chickmagalur, Davangere, and Bengaluru. Moderate rains have been recorded over Vijayapura, Dharwad, Gadag, and Gulbarga. This pattern will continue for the next 48 hours. Caution needs to be exercised for lightning and thunderstorm accompanying these drowning rains.

Weather update and forecast for January 08 across India

North India including Delhi have to wait for the winter chill