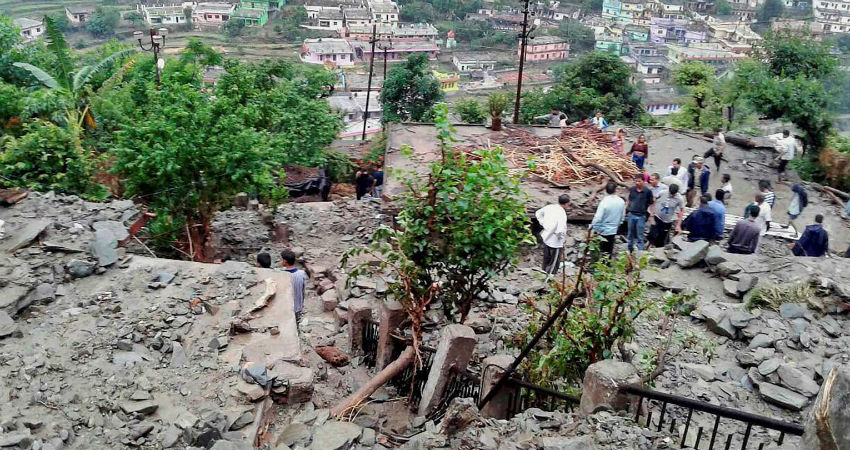 Southwest Monsoon has been giving heavy to very heavy rains over parts of Uttarakhand since the last two to three days. Similarly, the state of Himachal Pradesh has been observing isolated heavy spells for the last many days. These intense spells of rain have thrown normal life out of gear with landslides and mudslides taking a form quite frequently now.

The day before yesterday, due to incessant rain in Uttarakhand, a landslide took place on Rishikesh-Badrinath National Highway. The debris fell over the National Highway leading to a long traffic jam.

According to Skymet Weather, as the Southwest Monsoon advances further, heavy to very heavy rains are expected in Uttarakhand during the next three to four days. Although the rain intensity would be comparatively lesser over Himachal Pradesh, the chances of a few heavy spells cannot be ruled out. There is a possibility of cloudbursts and flash floods as well. And mudslides and landslides are also likely, thus tourists are advised to take utmost precaution while traveling to the hills of North India. The heavy rains may also hamper the ongoing Amarnath Yatra.

Further, these activities are expected to continue until the next three to four days. Thereafter, rains may taper over the region, however, on and off rainfall activities would continue.

On the other hand, the state of Jammu and Kashmir will escape this danger, as only scattered light to moderate rains will occur here.

The Monsoon period is considered as the most dangerous one for the hilly region as the chances of causalities and accidents double. The period observes debris and rocks falling, leading to road blockages quite frequently.