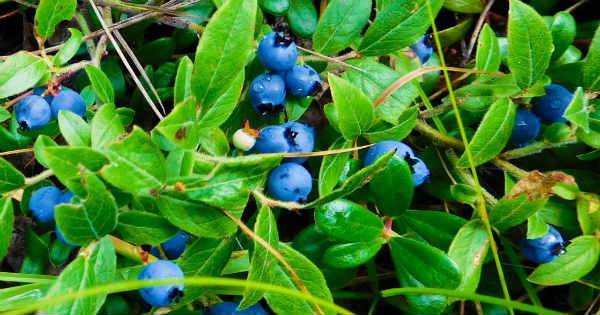 It has been revealed in a study that growing grasses alongside blueberry plants helps in recovering iron deficiency. Hence, resulting in better quantity and quality of berry. The effects can be compared to those seen following standard chemical treatment. Planting blueberries alongside grasses is a simple, safe, cheap and more sustainable strategy for blueberry farming on sub-optimal soils.

Dr Jose Covarrubias, Assistant Professor of Agriculture Sciences at the University of Chile explains that most of the plants get enough iron by secreting chemicals which makes it more soluble. These iron chelators or the molecules can be released directly from the roots, or from microbes that grow among them, allowing the iron to get absorbed.

However, Blueberries are iron deficient because they are grown in uncommonly wet, acid conditions which dissolve the iron for them. Iron is essential for the formation and function of plant molecules like chlorophyll that allow them to use energy. In Blueberries, iron-dependent enzymes produce the super-fruit antioxidants that are responsible for their blue skin and enhancing effects.

Blueberries are prone to iron deficiency -- and correcting it increases their health-enhancing antioxidant content, researchers have discovered.

Covarrubias also mentioned that iron deficiency in blueberries can be corrected by either acidifying the soil or by adding synthetic iron chelators. However, each of them has its own drawbacks.

Acids can also be added directly via irrigation systems for more rapid acidification. The sad news is that this is hazardous to farmers, kills beneficial soil microbes and generate carbon dioxide emissions.

Now, the grasses have come as a saviour. They are well adapted to poor soils and can provide a sustainable, natural source of iron molecules via their roots when grown alongside fruiting plants. It has been discovered that inter-cropping with grass species has shown an improvement in the plant growth and fruit yield in blueberries, olives, grapes and citrus varieties.