Climate Change may not let Bengal Tigers of Sundarbans survive for long, UN 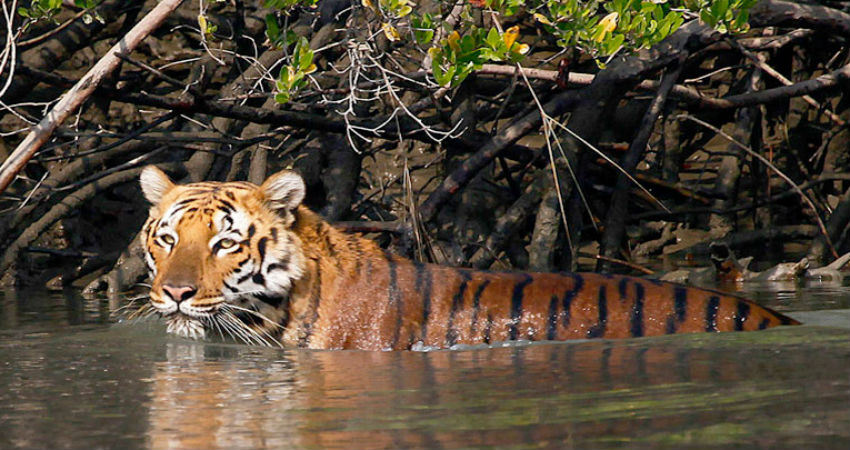 Seems like Climate Change had not wiped out enough, now it is the turn of the Bengal Tigers. As per the United Nations, the Bengal Tigers may not survive for long as their natural habitat, the Sundarbans, are under threat.

The Bengal Tigers of the Sundarbans are one of the largest remaining populations of wild tigers in the world.

Sundarbans is spread at around 10,000 sq. km in India as well as Bangladesh and has the largest mangrove forest in the world and supports hundreds of animal species due to the rich ecosystem. However, all because of Climate Change, 70 percent of the Sundarbans is above sea level by a few feet only. Worse changes are upcoming as Climate Change continues to wreak havoc.

The warming of the planet will be enough to wipe off the few hundred Bengal tigers that remain in Sundarbans now. In the Bangladesh Sundarbans, there won’t be left any habitats, which will be suitable for the survival of tigers by the year 2070.

In 2010, a sea level rise of about 11 inches was predicted by the World Wide Fund for Nature, further stating that the number of tigers were to be reduced by a whopping 96 percent in just a few decades.

In 2050, 5.4 percent tiger habitat loss is likely which will go up to 11.3 percent as per Sharif A Mukul, lead author of the new report on the Sundarbans

There are other factors relating to Climate Change which have been worrisome for the Sundarbans Tigers. Increase in extreme weather activities as well as change in vegetation will further reduce the tiger population.

When the Sundarbans flood, the tiger population may just stray outside resulting in human confrontation, which will further lead to more chaos.

A report by the UN also stated that if emissions of greenhouse gases continued to be at a similar rate, the warming of atmosphere would be as high as 1.5 degrees Celsius above the preindustrial levels by 2040.

Due to this, an adverse effect would be seen on food chains, flood prone areas as well as coral reefs. In fact, countries which are densely packed and poor like Bangladesh, may be affected disproportionately.

In Bangladesh, the rise of high tides is much faster. Bangladesh sits on the Ganges Delta, which is again a complex network of rivers as well as streams.

Since early years of the 1900s, due to causes of hunting, habitat loss, illegal trade of animal parts, the global population of tigers has reached to 3890 from around 100,000.

The solution is also not to move these tigers to another habitat, because where on Earth is a place which remained undisturbed and had a sustainable ecosystem.