Typhoon Trami to head for Japan this weekend

Updated on Sep 26. 2018:  Typhoon Trami has now become a Cat 3 storm and is likely to see some weakening after it recurves, however, as the storm moves ahead, it is expected to gain further strength and become a Cat 3 again in favourable waters.

Trami is likely to skirt past Taiwan resulting in heavy rains over these areas before it hits smaller islands of Okinawa and Naze going through them causing hefty showers.

Before it hits the southern tip of mainland of Japan, Kagoshima, it is expected to weaken and may hit as a Cat 2 Typhoon. 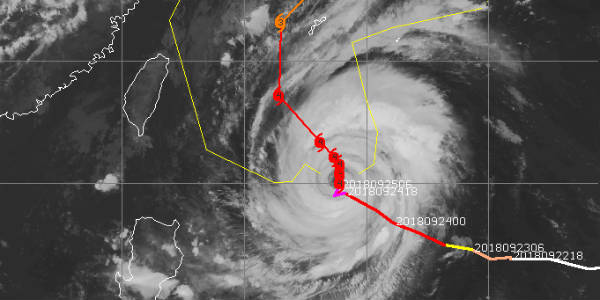 Just about a few days ago, Super Typhoon Mangkhut had hit several parts of Asia including the Philippines, Hong Kong as well as China. Now, after a few days of Lull, another typhoon has formed in the Pacific which had attained Cat 5 status. Known as Trami, the Super Typhoon which is now a Cat 4 storm, is heading towards the Japan region.

The system is likely to spare Philippines and mainland China and head for extreme southern parts of Japan. In fact, several parts of Taiwan may also witness heavy rains while Trami moves a little far away from the region due to which peripherals may bring some rains

Currently, the waters in the Pacific are not only favourable for retaining the strength but also further intensification. The storm will take about 3-4 days to reach Japan and before striking it will recurve. The recurving will make it slow and is expected to strike the region as a Cat 3 storm.

The storm may hit southwestern parts of Japan with damaging winds and heavy rain. Currently, it is currently located over 400 miles south of Kadena Air Base in the Okinawa region packing winds of Cat 4 status.