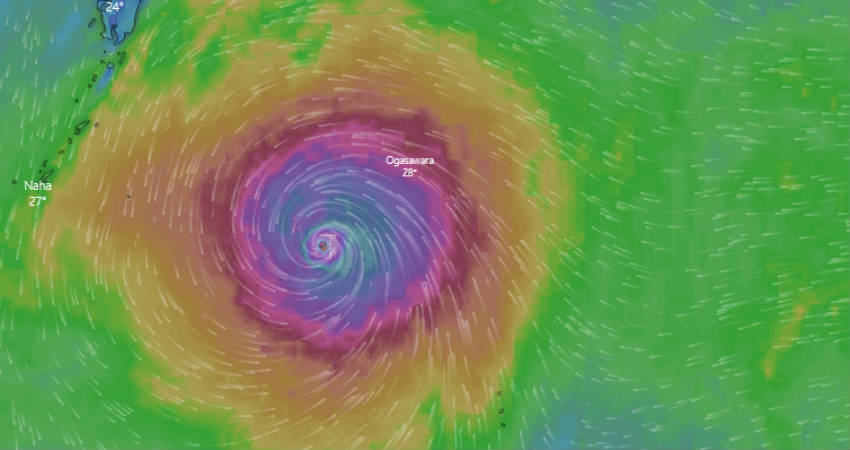 Super Typhoon Hagibis has shown an extraordinary display of ultra-rapid intensification on Sunday and Monday, when the storm’s winds increased by 160 kilometres per hour in just 24 hours, one of the fastest rates of intensification ever observed on Earth.

Before reaching Guam, Hagibis intensified rapidly from a tropical depression with sustained winds of 48 kmph on Saturday to a super typhoon producing winds of 241 kmph only 48 hours later.

Hagibis now became the third storm of the season and reached a peak strength of 257 km/h (160 mph). Until now Hurricane Dorian is the strongest tropical cyclone in 2019, with sustained winds of 298 km/h (185 mph).

Hagibis is at present Category 4 hurricane. Now, we expect Hagibis will slowly weaken by Friday as it moves over the open waters of the West Pacific to the south of Japan.

Despite some weakening, Hagibis will remain a powerful typhoon as it approaches Japan and will be capable of producing life-threatening impacts. It is most likely to reach Japan as a category 3 hurricane around Saturday.

According to latest forecast track, Hagibis is expected to reach east of the Ryukyu Islands, with impacts limited to rough seas and strong winds.

Mainland Japan is not expected to be as lucky with a direct hit possible this weekend.

All of mainland Japan should prepare now for potential impacts ranging from flash flooding to damaging winds, mudslides and travel disruptions.

Residents should also prepare for possible evacuations and some locations may be without power for an extended period during and following the storm.

At present indications are for eastern Shikoku, central and eastern Honshu are at greatest risk.

The effect of storm will be over Tokyo, with rain chances of rain beginning on Friday night and main impact will begin on Saturday afternoon and Saturday night.

By Sunday, much of Japan can expect improving weather; however, downpours and strong winds will continue up to northern Honshu and eastern Hokkaido.