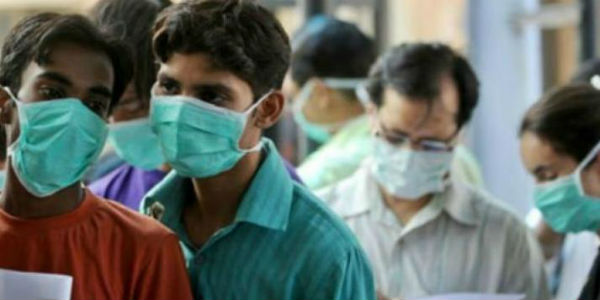 At 21, the loss of life from swine flu in Delhi this year is the highest as of now since 2010 when the H1N1 infection  killed 77 in the entire year, as indicated by information from the National Center for Disease Control (NCDC).

"Six of the dead were Delhi occupants. The other 15 were of individuals from neighboring states being treated in Delhi. The numbers are high since Delhi borders Uttar Pradesh and Haryana, where the quantity of cases is high," as per an anonymous health ministry official.

The most ailing H1N1 patients are from different states and are alluded here after they don't react to treatment in their home state. There is a higher shot of these patients not surviving and when they do, they get included in the Delhi numbers," said Dr Desh Deepak from the branch of respiratory medication at Dr Ram Manohar Lohia Hospital.

"More cases are being accounted for now due to the expanded mindfulness and testing facilities, which have prompted more individuals being analyzed," said Dr Ekta Gupta, of virology, Institute of Liver and Biliary Sciences (ILBS).

"The vast majority of the H1N1 patients that come to Safdarjung reach here subsequent to visiting two or three other centres. Valuable treatment time is lost since it takes around five days to get a distinct finding and after which getting to the emergency clinic is additionally an issue. Here and there the patients are exchanged from medical clinic to emergency clinic without appropriate ventilation. When they come here, it turns out to be extremely hard to save them," said Dr S Chakrabarti, leader of the division of respiratory drug, Safdarjung Hospital.

This year, the pinnacle of the infection was in mid-February, with 609 cases being recorded in a week. The numbers are probably going to rise further as India encounters a second peak of seasonal flu during Monsoon.

Children aged 5 and below, individuals over the age of 65, pregnant ladies and people with conditions, of diabetes, hypertension, chronic lung, liver or kidney disease are in danger of intricacies and ought to counsel a specialist if high fever goes on for over 48 hours or they face issues in breathing, release sputum with blood, or discolouration of skin, lips and nails.