10 Splendid Hill Stations to visit this summer in Uttarakhand

Uttarakhand is the land of mysticism looks like a gem on the crown of Indian Territory. It is surrounded by Tibet in the north, Nepal in the east, Himachal Pradesh in the west and the Gangetic plains in the south. Uttarakhand houses some of the best hill stations in North India. From mountain climbing to comforting leisure walk, each single activity is enjoyable and worthwhile. 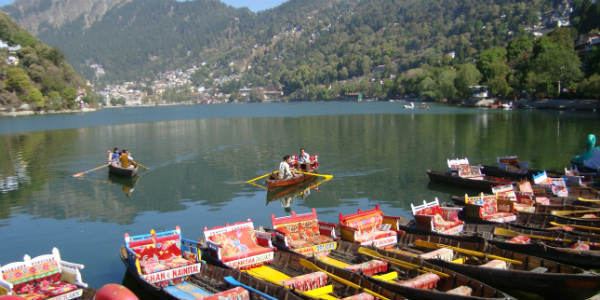 Nainital is a standout amongst the popular hill stations in the state of Uttarakhand. It is well known for the Naini Lake, its tranquility and astounding weather. Other attraction includes its vibrant Mall road. It sparkles as a glittering jewel in the Himalayan Mountains and is surrounded with lakes and nature’s bounty.

The most alluring aspect of Nainital is its hilly surroundings and enchanting lakes. Due to these poised lakes, the hill station is often referred to as the ‘Queen of Lakes’ by the tourists. Some of the must visit in the district of Nainital include Haldwani, Kaladhungi, Ramnagar, Bhowali, Ramgarh, Mukteshwar, Bhimtal, Sattal and Naukuchiatal.