41.3 mm of rain lashes Mumbai in a span of 24 hours, more rain forecast 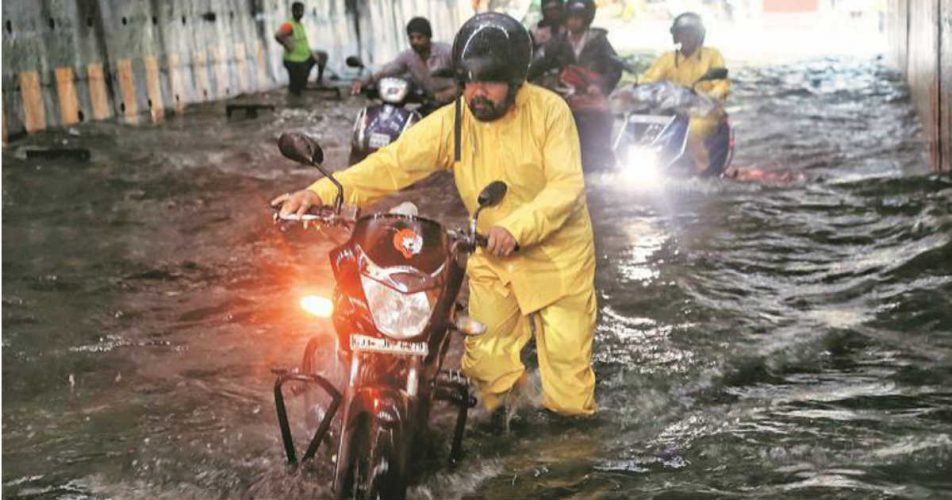 The city of Mumbai has observed rain in some parts during the last 24 hours. But the pattern and intensity of rain have not been even. While Santa Cruz recorded 41.3 mm of rain, Colaba saw 6.2 mm.

September started on a good note for the city with instances of record rainfall multiple times. On many occasions, 3-digit rain was recorded in the city, which was more than double the normal figure.

Between September 10 and 11, the rainfall activity in the city subsided to a large extent. But thereafter the weather changed again in Mumbai and moderate rains lashed the city.

Mumbai’s close proximity to the Low Pressure Area over Madhya Pradesh caused these rains. Also, an off-shore Trough was passing close to Mumbai extending from Gujarat to South India.

Now, however, the systems will shift away from the city. Thus, the weather is likely to improve today onward. No heavy spells are forecast for Mumbai today.

However, light to moderate rains are likely over Mumbai during the latter half of the day.

Rains might possibly reduce further in the next two days and the weekend might be spared the brunt of traffic chaos. Only some light rain will take place in Mumbai over the weekend.

The city will see a lean period in terms of rain for the next five to six days. By the middle of next week a fresh spell of rain in Mumbai is expected.