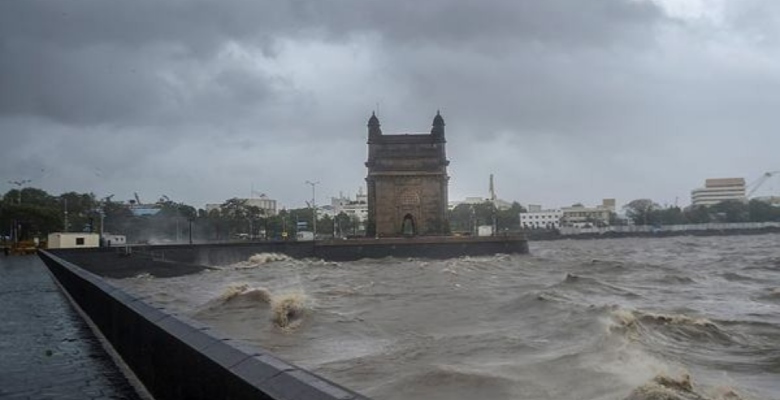 Extremely Severe Cyclonic Storm Tauktae crossed Saurashtra coast last night east of Diu by about 30km. Storm which had earlier changed timelines and goalpost, mercifully behaved in the last leg and the landfall process got completed with precision. It started around 8.30pm and took longer than normal to get over around midnight.

Tauktae is the most powerful storm, in the last more than 2 decades in the pre monsoon season. Earlier an extremely severe cyclonic storm struck the state in 1998. The storm also called Gujarat Cyclone or Kandla Cyclone as it caused lot of damage to Kandla port. Otherwise, this recurving storm had made landfall at Porbandar and weakened rapidly thereafter. Peak wind speed achieved in this storm was 195kmh. Next year in 1999, the state again had a close shave with another extremely severe cyclonic storm (16May-22May) but escaped its fury as it struck Karachi (Pakistan).

The cyclone has moved northeast and weakened to a very severe cyclone first and then to a severe cyclonic storm. Presently it looks to be a cyclonic storm centered around 22 Degree North and 72 Degree East, about 190km southwest of Ahmedabad and 25km northeast of Amreli. This will travel further as a storm to move across Botad, Surendranagar, Anand, Gandhinagar and Ahmedabad. Later it will weaken to a depression over north Gujarat covering Mehsana, Palanpur, Patan, Sabarkantha and Basankantha and thereafter enter Rajasthan.

Heavy rains with strong winds are expected to continue today over eastern parts of Saurashtra, Central and north Gujarat. Coastal parts of South Gujarat including Surat, Navsari and Valsad will have few spells of heavy rains. Moderate to heavy showers are expected over Kutch covering Bhuj, Mandvi and Gandhidham. Complete state of Gujarat will get rain of varying intensity. Weather activity will cease completely over the state in the next 36hr.

Fresh spell of rain and snow coming up for Jammu and Kashmir, Himachal, Ladakh and Uttarakhand