Amidst heatwave, rain and dust storm in Delhi NCR 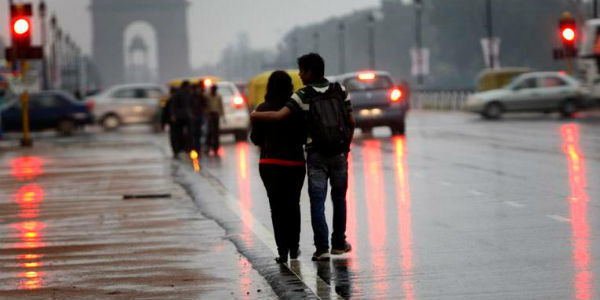 As predicted by Skymet Weather, Delhi-NCR is all set to witness a second spell of pre-Monsoon showers today. In wake of this, weather has already gone pleasant over the national capital, ushering much needed respite from the scorching heat. In fact, some areas have already begun to witness some rain and thundershowers.

Rain bearing clouds have been hovering over the city since the early morning hours along with moderate winds at the speed of 20 kmph -30 kmph.  This has led to a significant drop in the day temperatures, which at present is settling around 30°C.

During the next 24 hours, Delhi is likely to witness rains of varied intensity along with thundershowers and thunderstorm activities. Few places may see some dust storm activity as well.

As per Skymet Weather, the Western Disturbance over Jammu and Kashmir has induced a cyclonic circulation over Central Pakistan and adjoining Haryana and Rajasthan. Moreover, a trough is extending from this system up to East Uttar Pradesh across Delhi.

Due to this, cloud cover has increased over entire Northwest India including Punjab, Haryana and Delhi-NCR. In fact, scattered thundershowers and thunderstorm has already occurred over parts of Delhi.

Further, we expect this trough to become more prominent, hence weather activity will intensify today evening onward. These pre-Monsoon activities are likely to continue till Wednesday, wherein few places may get moderate rains in span of the next 24 hours.

These pleasant weather conditions will also arrest the rise in mercury. Thus, the day temperatures which had already surpassed the 40-degree mark, will start crawling back to normal.

Mahesh Palawat, Chief Meteorologist, Skymet Weather predicted that maximum temperatures which continue to settle near normal for at least next 4-5 days i.e. until April 9 and 10 on account of uninterrupted flow of cool northerly winds.