April to end on a pleasant note for the country 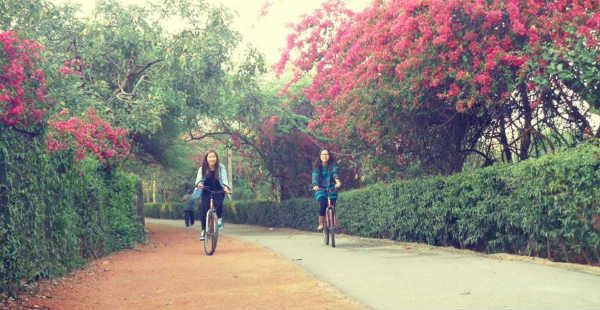 However, the mercury levels soon started plummeting and with a rapid speed, almost all the states in these regions witnessed significant fall in day temperatures. All this happened due to the commencement of pre-Monsoon weather activities.

Starting from North India, an active Western Disturbance that affected the Western Himalayas gave good rain and thundershowers over the hills of North India leading to decrease in the mercury levels and thereby abating the heatwave that occupied the hilly states of the country a few days back also.

Isolated thunderstorm with moderate winds was also reported in Telangana. Due to all these weather activities in most parts of the country, the daytime high plunged by several notches.

As per Skymet Weather, the maximum temperatures of West Rajasthan which were running above normal by 4 to 6 degrees are now near normal over many parts of the state. Even a few districts of the desert state, Madhya Pradesh also including Maharashtra are at present witnessing one to three degrees below. Currently, the only region which is still reeling under heatwave is coastal Andhra Pradesh.

Furthermore, as northwesterly winds are blowing over the north, central and eastern parts of the country, Skymet Weather does not foresee heatwave to make a comeback for at least next 2-3 days.

Whereas, Gujarat and Rajasthan are getting humid and relatively cooler southwesterly winds from the Arabian Sea and hence temperatures there also are expected to stay under control without raising much.

On and off pre-Monsoon activities are expected over Telangana, Andhra Pradesh, Odisha, between April 27 and April 30. Therefore, the notorious heatwave which is responsible for hundreds of deaths in Telangana and Andhra Pradesh in the last 3-4 years will take a backseat for the remaining days of the month.