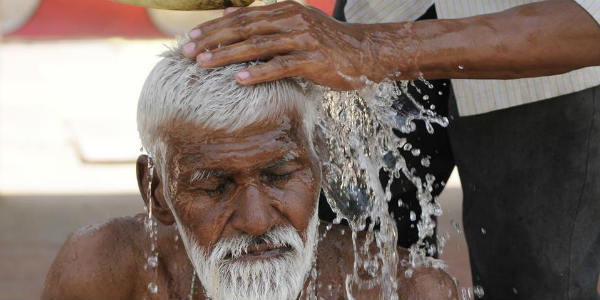 Weather gods have been kind enough to several parts of the country. So much so that Pre-Monsoon rains have been keeping that intense summer heat away. However, the kindness has not been able to spread over the entire country. Some areas continue to observe severe heatwave conditions as well.

These weather conditions can be attributed to the dry weather which has been persisting over the state of Chhattisgarh. Not only this, the central and some eastern parts of the country including Interior Odisha, Chhattisgarh and parts of Jharkhand witness heatwave during the summer season.

Also, these areas are in the mid latitudes where the sun rays are almost perpendicular to the Earth which is why with the absence of any weather activity, temperatures shoot up abnormally.

As per weathermen at Skymet, weather will remain dry over Chhattisgarh and temperatures will continue to be above the normal levels. Heatwave in isolated pockets will also continue to prevail.