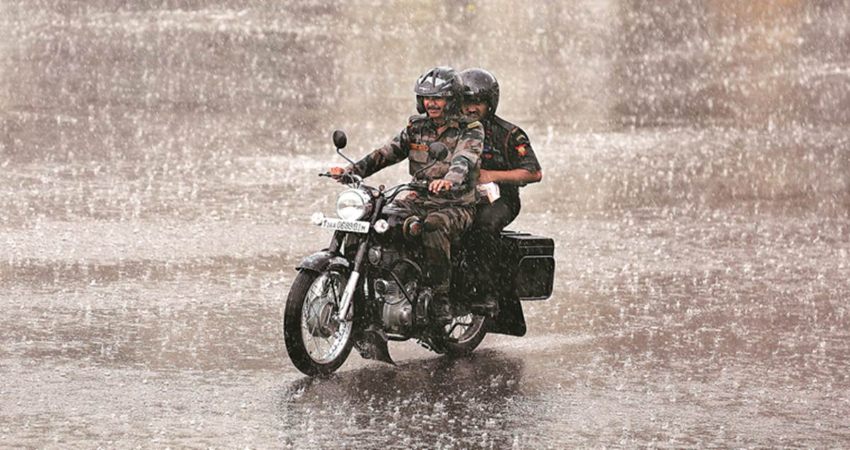 During the last 24 hours, the central state of Chhattisgarh has been experiencing scattered light to moderate rains along with strong gusty. For instance, Ambikapur recorded 16 mm of rain, and Pendra road observed rain of 6 mm. While isolated rains were observed over the eastern parts of  Madhya Pradesh as Malanjkhand recorded light rain. And, Sidhi located in the northeastern parts of Madhya Pradesh, recorded 1 mm of rain.

Looking at the forecast, today we expect rainfall activities to continue over Chhattisgarh. However,  the rainfall activities will be minimal over the eastern parts of Madhya Pradesh.  At the same time, the weather of the Vidarbha region in Maharashtra is however expected to remain dry.

At present, a cyclonic circulation is persisting over northwest Rajasthan. And, in the presence of this weather system, today we expect light rain and thunderstorm activities in many parts of Rajasthan. Thereafter, the weather is expected to turn dry.

According to our meteorologists, we expect another fresh Western Disturbance to approach the Western Himalayas. It will further induce a cyclonic circulation over Rajasthan and its adjoining areas.

Therefore, another fresh spell of rain and thundershowers are expected by the late evening hours of March 23 in the western parts of Rajasthan, as well as, Madhya Pradesh.

On March 24, we expect isolated pockets of the Vidarbha region, Madhya Pradesh, Rajasthan as well as south Chhattisgarh to observe light to moderate rain and thundery activities. These on and off rainfall activities will further continue until March 25.

During this time, the western and southern parts of Madhya Pradesh, as well as,  parts of Vidarbha will also experience rain and thundershower activities. But at the same time, the weather of Chhattisgarh will remain dry.