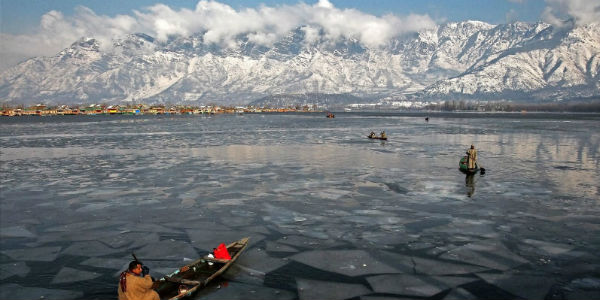 Since the last few days, the famous Dal lake in Srinagar has frozen after a prolonged spell of observing sub-zero(freezing) temperatures. The sight of the frozen Dal Lake is something you’d find in fairytales, a sight which is a must to be seen at least once in a lifetime. Srinagar observes negative figure temperatures in all of December, barring a few days on some exceptional cases.

The state of Jammu and Kashmir never fails to make it to the headlines every winter when the temperatures drop down so much so that the lake starts freezing. This is also the same time when the term Chillai Kalan gets some spotlight and makes an appearance in the newspapers.

Chillai Kalan is a Persian word that in literal sense means ‘major cold’. December 21 marks the beginning of Chillai Kalan every year and thus, begins the period of harsh cold and continues till January 31. In this 40-day period, nights are chilly and day temperatures thrive in single digit. Historically, during this period, Kashmiris stay indoors surviving on dried preserved food and enjoying folklore and traditional music.

Chillai Khurd is followed by another period namely Chillai Khurd and then by, Chillai Bache. Out of the three, Chillai Kalan tops the harshness of Winters.

Chillai Kalan marks the beginning of Cold Wave condition in many stations over the Jammu and Kashmir. The whole state experiences intense and frequent snowfall. This is when places like Gulmarg, Pahalgam, Manihal, Srinagar and Qazigund see a major tourist footfall from all over the country.

Winters arrive in the hilly state of Jammu and Kashmir starting October when evening and morning hours are chilly. These cold conditions continue till March. The peak of Winters in the state although are in the months of December and January.

The ongoing harsh winter conditions don’t let the snow to melt and thus, tourists can view snow in the form of ice even when it hasn’t recently snowed on hill stations and if anything, this just adds up to the place’s attraction for tourists. 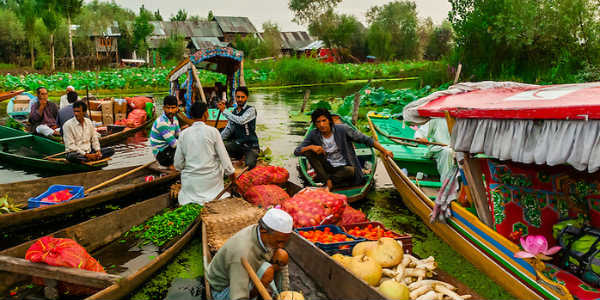 Not just this, Chillai Kalan plays a very important role in the lives of Kashmiri people. Snowfall is essential for a good harvest of fruits and vegetables. Locals even term it as encashing the severity of weather’.

Snow also adds up to the glaciers in the Himalayas and thus is an important source of water for not only the locals but a recharge for many Himalayan rivers.