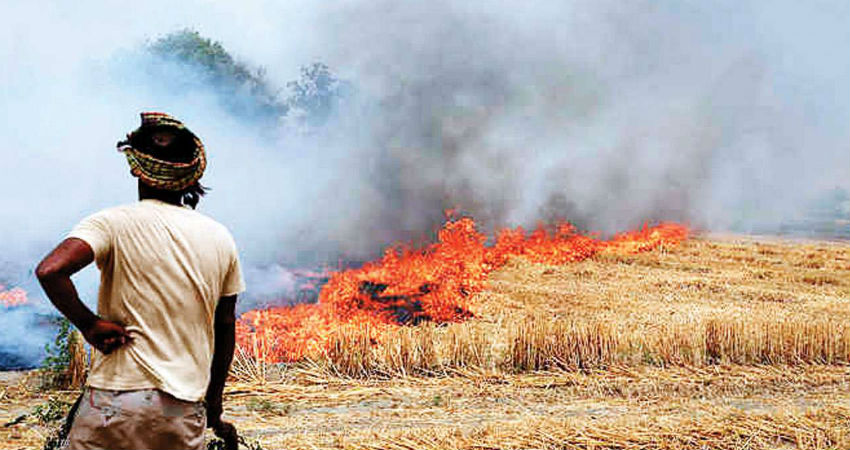 In recent years, stubble burning in Punjab has resulted in some serious health hazards. Realising the gravity of this situation, the Chief Minister of Punjab, Captain Amarinder Singh appealed to Prime Minister Narendra Modi on Wednesday, asking for compensation of Rs 100 per quintal of Paddy in order to stop farmers to opt for burning residue of paddy in open fields or grounds.

In his letter to the Prime Minister, he wrote, a total sum of Rs 100 must be given to the farmers as compensation so as to stop open burning. The compensation money could be used in order to cut the paddy straw management cost.

He further mentioned that the paddy harvesting had already commenced in the state and would pick pace within the next 10 days. And just like the past years, this season too the farmers have to go through the challenge of managing around 20 million tonnes of paddy straw.

He also said that the state government has had done enough to keep a check on stubble burning. Last year, around 28,000 machines were provided to the farmers on subsidy ranging between 50% and 80%.

This year, the state government has planned to supply 26,000 more machines along with a campaign that has been carried out in order to alert farmers against stubble burning. The campaign also focuses on the harmful impact of stubble burning on the environment and human health.

As the farmers do not get sufficient time for sowing the next Rabi crop after paddy harvesting, they have no other option but to opt for stubble burning so as to quickly clear the fields in order to cut the cost of managing paddy straw with the help of machines provided to them.

Moreover, the additional cost varying between Rs 2500 and Rs 3000 of using the machines, is something that farmers find hard to afford, wrote Chief Minister of Punjab, Captain Amarinder Singh.