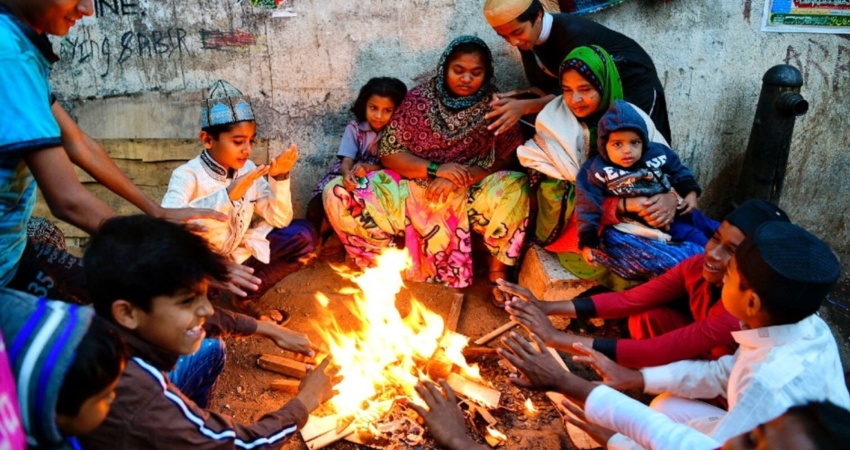 Until January 23rd, most of the districts of Gujarat were experiencing above normal day and night temperatures. A circulation was persisting over Central Pakistan and adjoining parts of Punjab and North Rajasthan. A cyclonic circulation was obstructing the flow of cold and dry northerly winds from Western Himalayas. The cyclonic circulation over Central Pakistan has now moved eastwards and lies over eastern parts of Punjab, leading to the commencement of cold winds across the western part of the country including Rajasthan and Gujarat.

Gujarat has witnessed a drop in the minimums during the last 24 hours, the drop is between 3 and 7 degrees. Isolated pockets of Gujarat have come under cold wave conditions. Naliya witnessed around 8 degrees of fall in minimum from 13.3 to 5.1 degree today. Similarly, the minimum temperatures of Bhuj, Kandla, Surendra Nagar, Rajkot, Porbandar, Dwarka, Amreli and Deesa dropped by 3 to 5 degrees today.

We do not expect any strong Western Disturbance to approach Western Himalayas until February 2nd. Therefore, cold and dry wind from the north and northeast will continue over Gujarat and Rajasthan for at least next week. Minimum temperatures will remain significantly below normal over Gujarat, and day temperatures may also drop marginally in coming days.