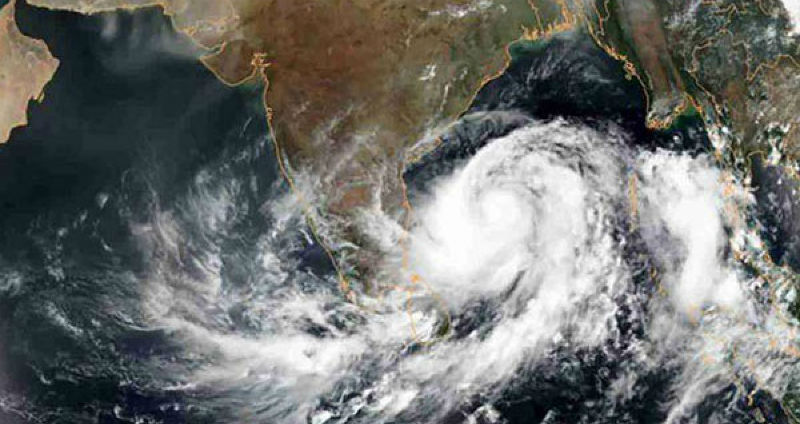 The deep depression in the Bay of Bengal turned in to a cyclonic storm in the early hours of 24th November. The storm is about 350 km away from the capital city Chennai and heading or Tamil Nadu coast. Further intensification to a severe cyclonic storm is likely in the next 12 hours. The cyclone is moving northwest and is expected to make landfall on 25th November midnight or even wee hours of 26th November. However, the intense weather activity will commence on 25th November morning itself and will last for nearly 24 hours. 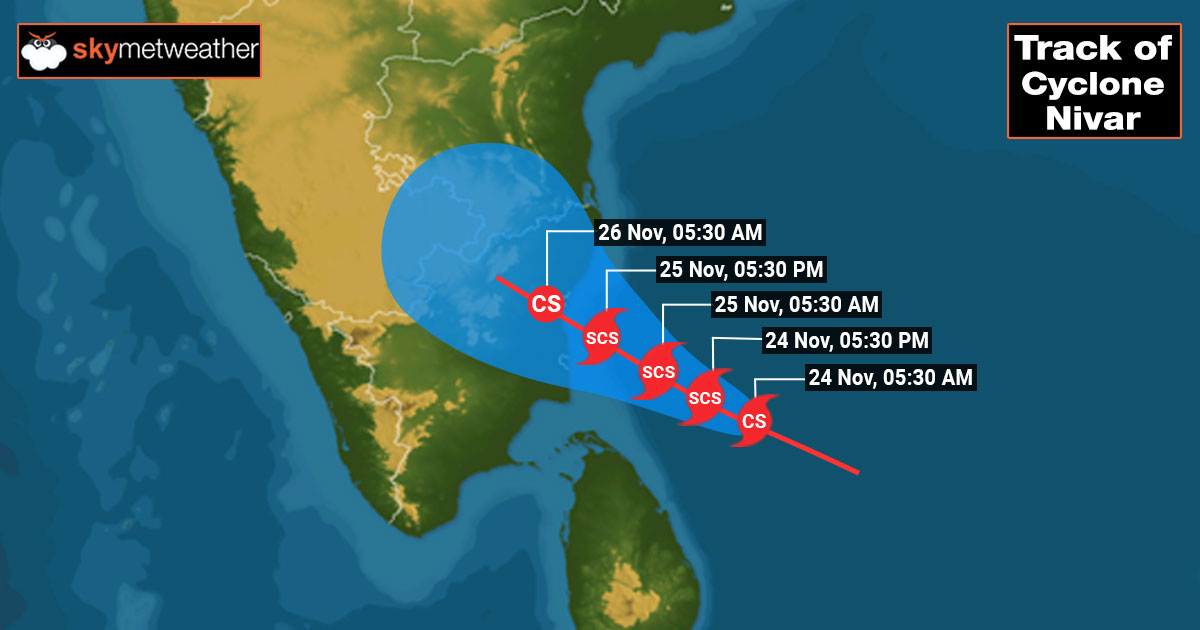 The storm is moving slowly now but is expected to pick up speed to reach about 100 km from the coast by 25th November evening. The penultimate activity will commence thereafter and extremely heavy rains accompanied with winds in excess of 100 kmph along the coastline between Nagapattinam and Chennai are likely. The storm is estimated to make a landfall between Cuddalore and Puducherry as a severe cyclonic storm and weaken to the cyclonic storm within 6 hours after crossing the coast.

The core of the system is likely to batter Cuddalore, Karaikal and Puducherry with fierce rains and high-velocity winds. To the north of the centre of the storm, places like Mahabalipuram, Kanchipuram, Tambaram, and Chennai are vulnerable to inclement weather conditions. Towards the south, locations like Nagapattinam, Tiruvarur and Vedaranyam are at risk of intense weather activity.

After crossing the coast, the adjacent sub-divisions of Coastal Andhra Pradesh, Rayalaseema, and South Interior Karnataka need to be observed for spillover of intense weather activity in some areas. Relief can be expected from marginal weather conditions from 27th November onward. However, Tamil Nadu needs to be watchful again for another system very close on heels affecting the state from 01st December.

Warm days, pleasant nights ahead for Mumbai, no unseasonal rains ahead

Weather update and forecast for December 08 across India