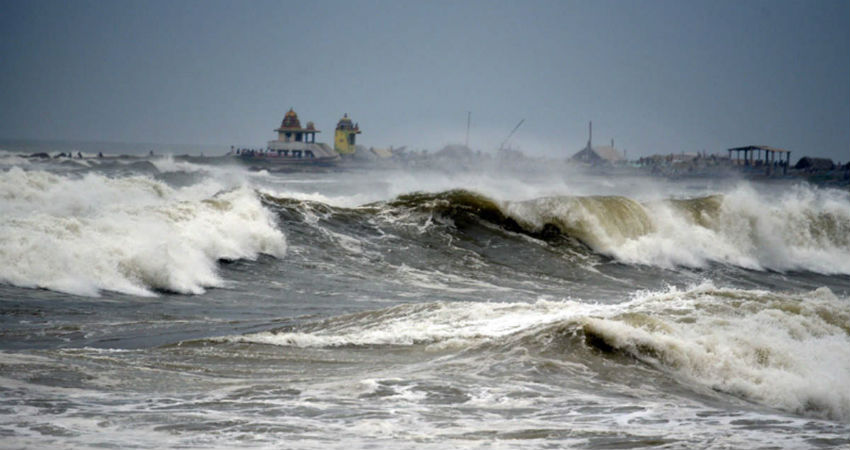 Weather system in the Bay of Bengal persisting as cyclonic circulation has now strengthened to a depression located around 600km southeast of Chennai. Further intensification to a deep depression in the next few hours and to a cyclonic storm in the subsequent 18 hours is likely. This will be the first named storm (NIVAR) of this post-monsoon season in the Bay of Bengal. The system will have the potential to upgrade further to severe category. 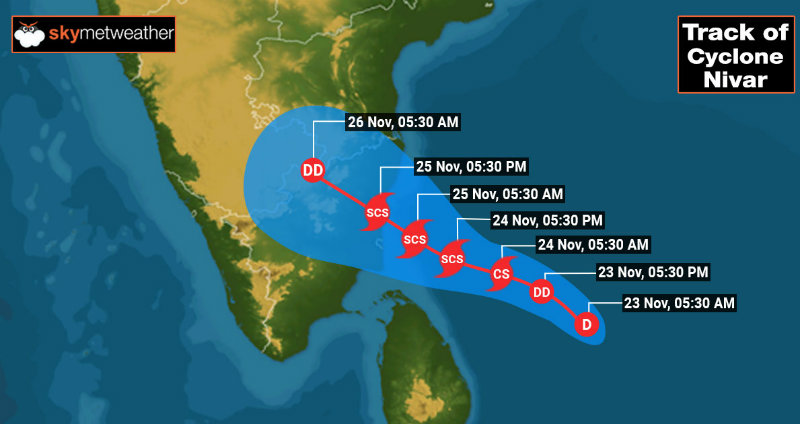 The system will intensify into a cyclonic storm when about 250km southeast of Chennai and to a severe cyclonic storm while 150km away from the capital city. The storm will move northwest without any landfall over Sri Lanka and heading for Tamil Nadu coast. It is likely to cross the coast close to Puducherry (north of Karakal) around 25th November forenoon hours. Presently it is seen as a broad consolidating system with formative banding of clouds wrapping ahead of the centre of the system. 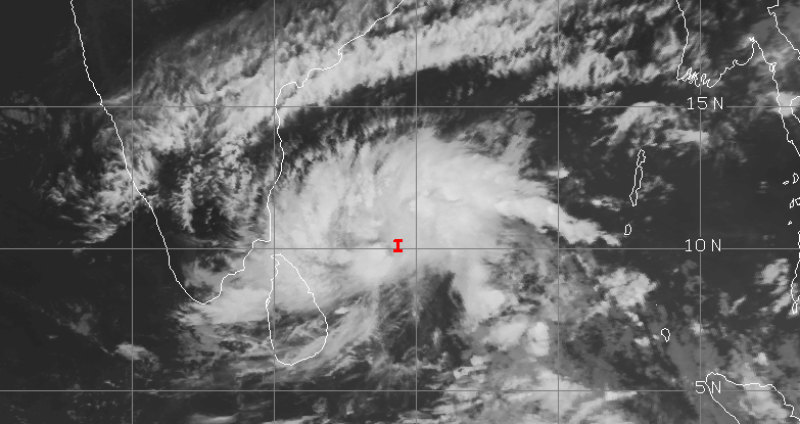 The system is displaying good inflow and outflow within a field of weak vertical wind shear (<25kmph). Though the weather system tracking northwest will face some friction due to proximity of land but will be befriended by favourable warm water carrying sufficient heat potential to negate the friction and entrainment. Squally winds and light to moderate showers will be affecting the coast today evening itself and high-velocity gale winds with heavy continuous rain and thundershower on 24th November. The intervening night of 24th & 25th of November till afternoon hours of 25th November will be penultimate to witness ferocious strike of the severe cyclonic storm. The catastrophic combination of strong winds and heavy rains will carry the damaging potential to life and property. The entire coastline from Nagapattinam to Chennai is vulnerable to punishing weather activity lasting for about 36 hours. Early morning hours of 25th November will have the hide tide escalating the storm surge along with Chennai- Puducherry coast. Evacuations from the low lying areas in the proximity of the coast are advisable.

Weather update and forecast for November 23 across India