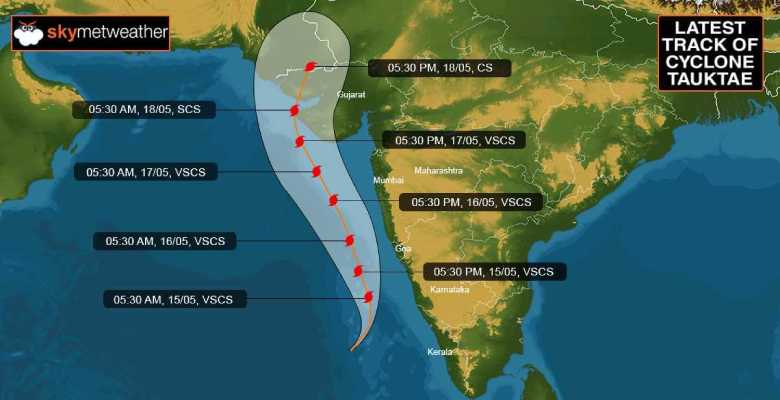 Cyclone Tauktae has nearly tracked northward with a speed of about 8kmh in the past 6 hours. The storm is centered around 12.5degree north and 72.5degree east, about 350km South-Southwest of Goa, and 950km South-Southeast of Veraval. The latest satellite imagery shows a central dense overcast cloud mass indicative of its intensification. High-velocity winds in the inner ring of the storm are expected to be in excess of 100kmh. The storm continues to sail in favorable environmental conditions with poleward outflow, low vertical wind shear, and a very warm sea surface temperature of 30-31degree celsius.

The storm is likely to move North-Northwest for another 24hr and later recurve gradually. There is a bit of divergence among the numerical models on the timings of curvature and possibly more clarity will come after 12-18hr. Due to excellent environmental conditions, Tauktae is likely to become a Severe Cyclone anytime soon and further Very Severe Cyclonic Storm in the subsequent 36hr. The winds are expected to pick to about 150-160kmh around that time in the inner circle of the storm. 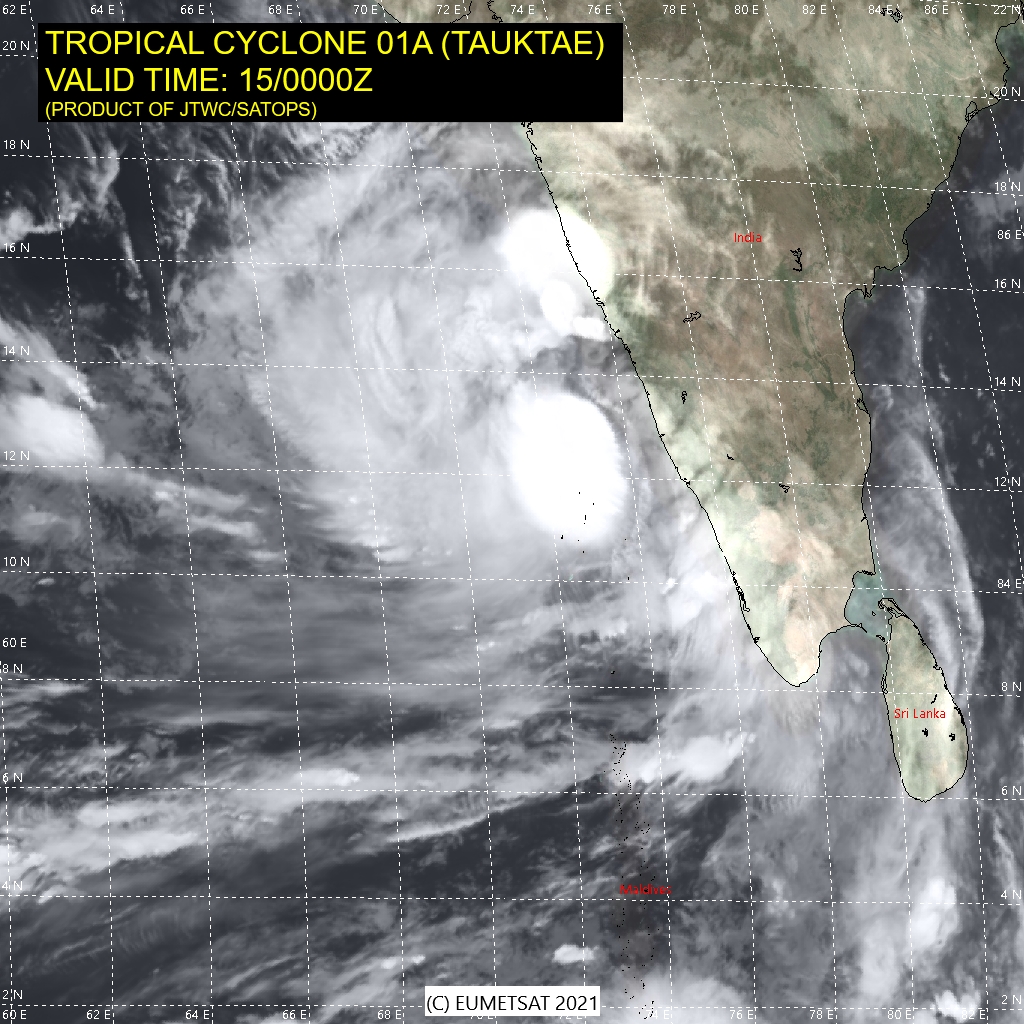 Though it is a little pre-emptive to state that the storm may avoid a direct hit for Gujarat. It may skirt and skip the landmass of the state. More authentic information is likely in the next 24 hours. Also, the storm may lose a bit of steam on approaching the coastline due to relatively cooler water.

Weather update and forecast for May 16 across India