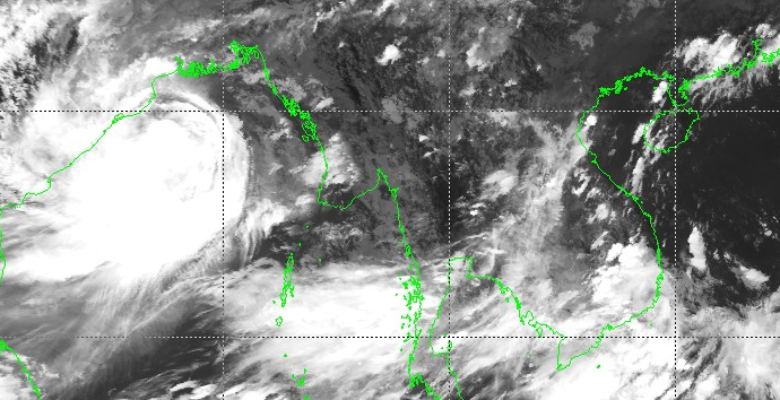 Cyclone Yaas intensified to a Severe Cyclonic Storm early today and is expected to intensify further to a Very Severe Cyclonic Storm in the next about 6-12 hours. Storm Yaas is presently centered around 18.5degree north and 88degree east, nearly 300km south-southeast of Paradip and 450km south of Kolkata. Cyclone Yaas is lying over East Central and adjoining West Central Bay of Bengal and has moved north-northwest with a speed of 15kmh in the last 6 hours. 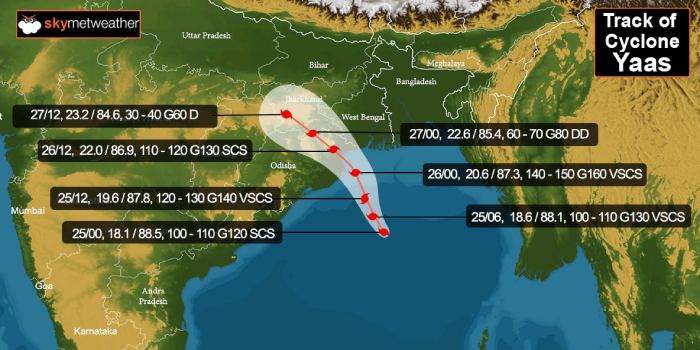 Cyclone Yaas is heading for Odisha and West Bengal coast and likely to make landfall tomorrow morning. Looks like, it will spare a direct hit over West Bengal and strike Odisha coast between Balasore and Paradip as a very severe cyclonic storm with winds in excess of 150kmh and gusting to 170kmh. Coastal wave height is likely to be about 4mtr over and above the astronomical tide.

Storm Yaas possesses damaging potential to disrupt communication, connectivity and power lines. This also will disrupt rail, road, and air traffic, particularly for Bhubaneshwar. Inundation of low-lying areas quite likely and weak structures may collapse. Evacuation of the vulnerable populace to safer locations will surely minimize the losses. Coastal areas starting with Balasore, Chanbali, Kendrapara, Bhadrak, Jagatsinghpur, Paradip, and Puri are at big risk of having extremely heavy rainfall and high-velocity gale winds. Also West Bengal districts namely Digha, Diamond Harbour, 24 Pargana, East and West Midnapore along with Sagar islands in the delta areas need to adopt all safety precautions for the inclement weather conditions lasting till 26th May evening or even later.