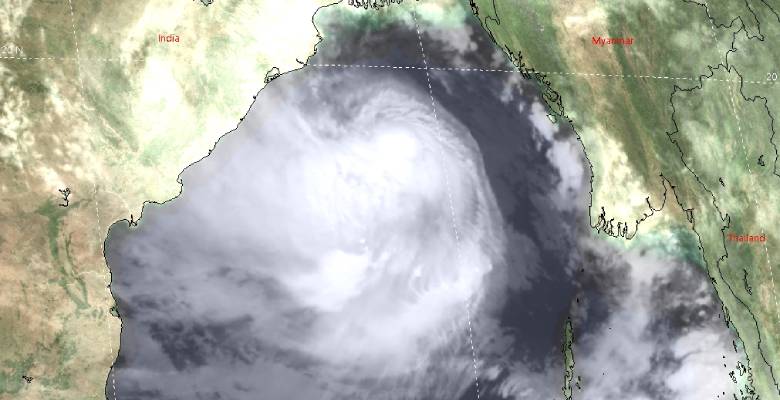 Cyclone Yaas became a Very Severe Cyclone equivalent to Cat-I hurricane with winds in the range of 118-165kmh. Anything more than this will call for an Extremely Severe Cyclonic Storm. The storm is still patrolling in the deep ocean maintaining a distance of about 250km from the coast of Odisha. It is moving north-northwest with a speed of 15kmh, aiming to strike Odisha possibly between Balasore and Paradip with a precision landfall between Bhadrak and Kendrapara districts tomorrow morning.

Odisha has a coastline of nearly 600km long and therefore remains susceptible to storm strikes both in the pre-monsoon and post-monsoon season. West Bengal has the shortest coastline of all the Indian States and Union Territories and runs for about 155km. The longer the coastline, the bigger is the threat from cyclonic storms and the complete Indian mainland coastline of 5422km is vulnerable to storm strikes.

Since 2010, most storms during the pre-monsoon season struck Bangladesh or Myanmar. But the last 2 storms, Fani in 2019 and Amphan in 2020, struck Odisha and West Bengal in April and May respectively. It is almost certain that cyclone Yaas is heading for Odisha and make landfall tomorrow. Outer peripheral cloud bands reached the coastline yesterday itself to lash heavy showers over Odisha and West Bengal. Chief amounts of rainfall in 24 hours ending 8.30 am today being: Paradip-161mm, Chandbali-105mm, Puri-49mm, Balasore-45mm, Digha-61mm, Contai-87mm, and Kolkata-35mm.

Squally winds with moderate showers will commence over coastal Odisha tonight itself. Even the extension on either side of Andhra Pradesh and West Bengal will also have moderate rain with strong winds. Intensity will increase through the night and a heavy spell of rain and wind is likely in the morning which will continue till the landfall is complete. The inland stations of Odisha like Cuttack, Jajpur, Keonjhargarh, Dhenkanal, Angul, and Deogarh are also expected to have heavy rains and strong winds when the storm moves over land in the evening and night of 26th May.