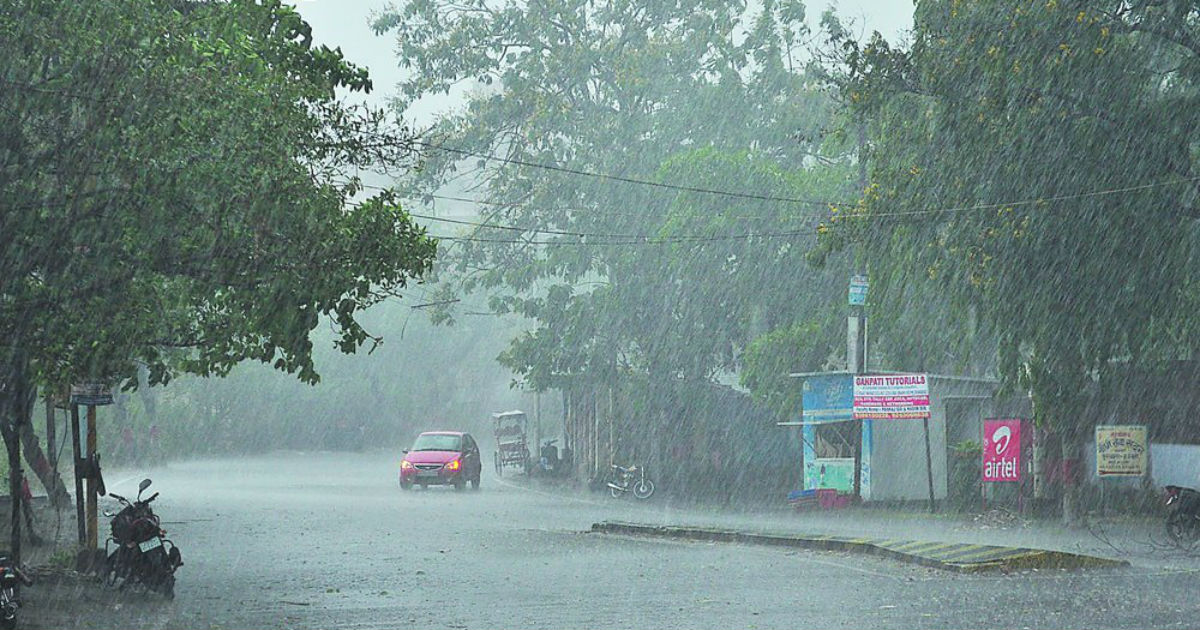 Two pre-monsoon cyclones in quick succession deluged both flanks, west and eastern parts of the country. While weakened Tauktae soaked parts of Rajasthan, Haryana, and Delhi, remnants of Yaas flooded many parts of Jharkhand, Bihar, and West Bengal. The weakened low pressure of Yaas with its cyclonic circulation is still unrelenting and left some parts of Jharkhand and West Bengal deluged in the past 24 hours.

Cyclone Yaas after traversing Odisha had entered Jharkhand and later Bihar and Uttar Pradesh. Moderate to heavy rains lashed the entire region. As a weakened system, benign-looking circulation is still persisting across Bihar and Jharkhand. Even the North Bengal and Sub-Himalayan West Bengal continue receiving intermittent showers. Next, northeast India is likely to pitch in with heavy rains in the next few days. Monsoon current from the Bay of Bengal will accentuate this weather activity over the region.

The twin cities of Jharkhand, the capital town of Ranchi and the wildlife sanctuary destination of Jamshedpur have borne the brunt of cyclone Yaas. Both these locations have recorded century rainfall, with Jamshedpur having done it twice, setting new rainfall records. Ranchi has received 314.8mm of rainfall in May 2021 against the monthly normal of 61.7mm. The capital town has surpassed its earlier all-time record of highest monthly rainfall (151mm) established in May 1959. Parallelly, Jamshedpur has gone a step ahead by receiving 3 digits 24 hours rainfall on 2 occasions: 108mm on 27th May and 170mm recorded today morning. Total monthly rainfall has overtaken its last figure of 434.9mm scored in May 2017 and set a new all-time high record of 494.1mm now. The average monthly rainfall for the city stands at92.8mm.

There is a respite likely as the remnant of the storm moves eastward and gets filled up. Light to moderate pre-monsoon showers for both cities can not be ruled out during this week. Day temperature will remain below normal by about 3 degrees and hover in mid 30's.

Weather update and forecast for June 1 across India