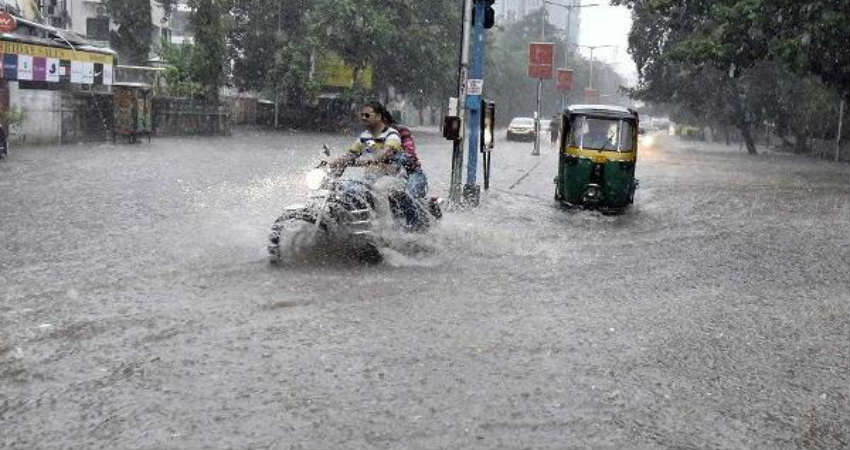 The state of Gujarat has received heavy to very heavy rains over few parts in the last 48hr. While Junagadh, Rajkot, and Keshod in Saurashtra were deluged with the heaviest rainfall of this season, parts of North Gujarat covering Deesa, Banaskantha, Patan, Palanpur, Mehsana, and Sabarkantha received decent moderate to heavy showers. These parts of the state were nearly parched because of a prolonged dry spell and the critical condition finally got a savior with widespread rains over most parts and isolated heavy falls at few places.

The remnant of the low-pressure area over West Madhya Pradesh and adjoining Rajasthan had driven these much-awaited rains. Two days of striking rains over many parts of Gujarat brought much-needed relief. Though some parts like Junagadh and Rajkot also faced the fury of inundation and localized flooding. During the past 24 hours, chief amounts of rainfall were registered at Rajkot 124mm, Keshod 88mm, Deesa 62mm, Veraval 58mm, and Amreli 42mm. Moderate rains were received at state capital Gandhinagar 34mm, Ahmedabad 32mm, Porbandar 21mm, and Vallabh Vidyanagar 24mm during the last 24 hours.

Both the sub-divisions of the state were reeling with large shortfalls: Gujarat 37% and Saurashtra & Kutch 43%. This short but intense spell has rescued the region from criticality and recovered the deficiency to some extent. However, the rains are going to ease out now and mostly light rainfall embedded with moderate showers at few places are likely during the rest of the days of this month. The next monsoon system forming shortly over the Bay of Bengal will take a northerly course along with the monsoon trough. Mainly Indo-Gangetic plains will be the beneficiaries and state of Gujarat to remain contended with lean weather activity for the next one week.