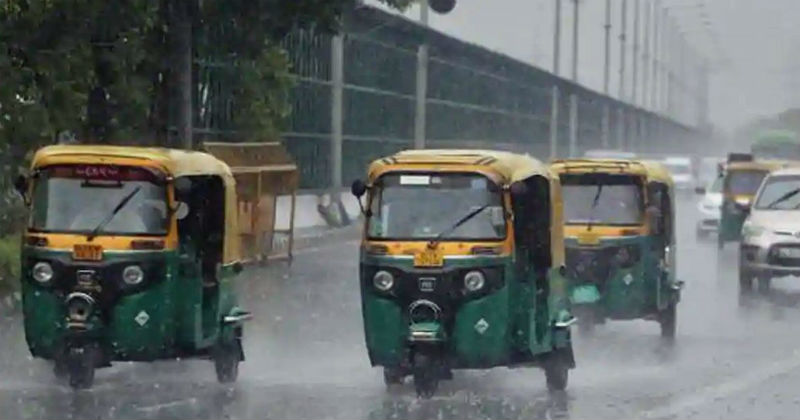 Delhi is likely to witness all shades of pre-monsoon weather during the week commencing 10th May. Being on the peripherals, the capital city will witness mild activity on the first 2 days and pick up thereafter till the weekend. Three days in a row, 12th, 13th, and 14th May will witness the peak with lightning and thunderstorms lashing most parts of the city and neighborhood. The intensity of the weather will recede on 14th itself and the remnant effect likely to last till 15th May.

A weak western disturbance in the hills and meek cyclonic circulation over the plains will result in mild and patchy weather activity on 10th and 11th May. Another pair of similar systems is approaching and merging with it and the combined influence will trigger widespread rain and thundershowers over northern plains extending reach even beyond Delhi.

The reversal in the wind pattern will suppress the day temperature to mid 30's, 4-5 degrees below the normal. The intermittent showers may add about 15mm of rainfall to the first week total of 1mm. Most of the weather activity will occur during the later part of the day. On May 12th, rain and thundershowers will be observed for a longer duration than the other days. These will be interspersed with short breaks in between particularly in the forenoon hours. Clearance in the weather activity is expected around midnight or later.