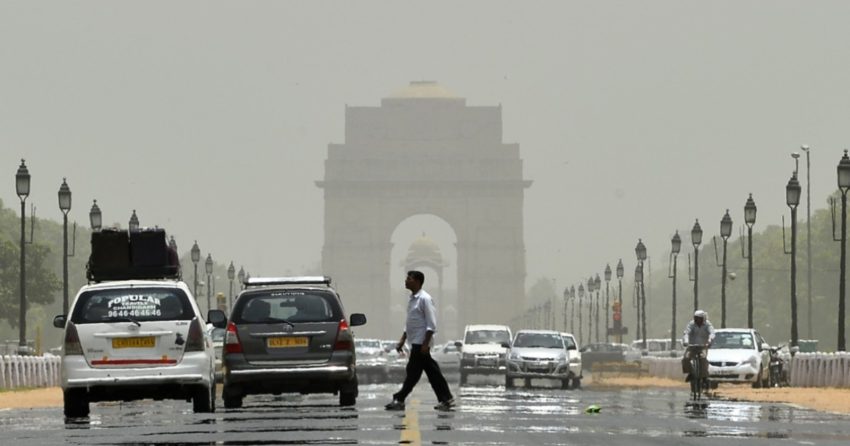 The national capital of Delhi hit the 1st hat trick of 40°C for this season. Base observatory of Delhi at Safdarjung recorded maximum temperature in excess of 40°C on 13th April, 14th April and 15th April. There was incremental rise on these days for Delhi and the mercury scaled from 40.2°C on 13th April to 40.3°C next day and further to 40.5°C yesterday. This is the highest temperature for Delhi of this year so far and the previous one was 40.1°C registered on 29th March.

Rise of temperature yesterday was against the prediction as the mercury was expected to dip for Delhi with the arrival of a fresh western disturbance up north. Weather conditions defied the assessment to go in for a hat trick little early in the season. Getting a hat trick for Delhi is not rare at all and the records testify of even more than one, albeit during the 2nd half of the month. Last year, of course, was a miss as the maximum temperature in Delhi crossed 40°C only once on 15th April 2020 (40.1°C). The years 2016 and 2019 witnessed hat trick twice and in fact, the temperature in excess of 40°C was recorded on 4 days in Delhi in a row in 2019 and on 5 consecutive days in 2016 and 2017.

A western disturbance is lashing hilly states and its induced circulation over Rajasthan is driving weather activity all across the northern plains. Delhi falls on the outer periphery of the dual weather system and therefore the activity may not be furious enough as in other parts of North India. Yes, it may spill over to next day morning and start finding clearance later in the forenoon hours.