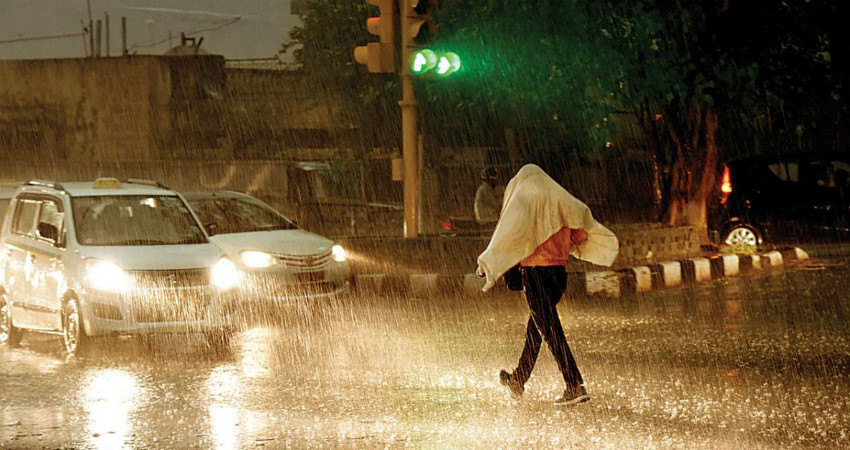 Delhi has seen day temperature soar to settle in the mid-40s for the last few days. Delhi and its adjoining areas were reeling under heat wave conditions until April 30. On the same, the Palam Observatory  saw the maximum settle at 45.3°C which was a record for the season till then. The Safdarjung Observatory also saw the mercury settle at an extremely uncomfortable 43.7°C.

Since then there has been a downward trend in the temperatures due to flow of easterly winds in the wake of Cyclone Fani. Due to the flow of humid winds from the Bay of Bengal, humidity levels have risen over the northern plains including Delhi-NCR. As we know, the combination of high humidity levels and high temperatures resulted in the development of convective clouds which caused dust storm and thundershower activities during the afternoon and evening hours in Delhi and NCR area on May 2.

Now, the Cyclone is over interior Odisha and the wind flow is easterly over Delhi-NCR. Thus, we expect isolated thunderstorm, dust storm and thundershower activities to occur today as well. By tomorrow, the impact of Fani would start fading. The winds would then change their direction from easterlies to westerlies. The humidity levels would decrease while temperatures would increase. Chances of rainfall will become rare. According to experts, the temperatures might become above normal and would eventually lead to heat wave conditions.

Next activity will be seen in Delhi whenever a new system like a Western Disturbance, induced Cyclonic Circulation or a trough appears.