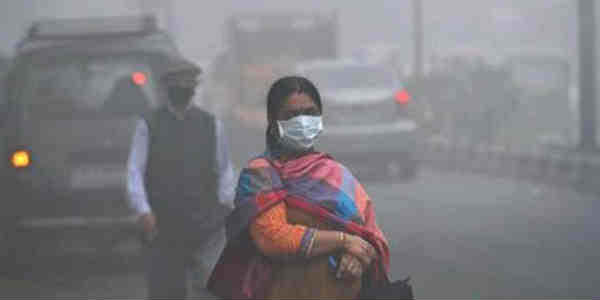 Cold weather along with high levels of pollution is making a deadly combination for Delhi NCR. Since, the very beginning of November, pollution has continued to remain under ‘severe’ category. However, this level of pollution is not an unusual affair for residents of Delhi as every year they battle such hazardous situations.

Such level of pollution is considered dangerous thereby causing asthma, severe lungs and brain-disorder diseases. This year, the combined mass activity of stubble burning over the neighboring states of Punjab and Haryana and cracker burning on the festivities of Dussehra, followed with that of Deepavali lead to a rise in pollutant levels over Delhi-NCR.

Moreover, this year winds have remained sluggish. In addition to this, high humidity made difficult for pollutants to step out from the city. Hence, from November 7 onward, Delhi has remained on high pollution alert.

However, recent isolated rain activities and some strong winds have brought some sort of relief for the city. At present, a fresh Western Disturbance has approached the region of Western Himalayas. Moreover, cool and dry winds from northwest directions soon will get replaced by warm and humid southeasterly winds. As a result, speed of winds will decrease thereby turning pollution from ‘poor and very poor’ category into ‘severe and very severe’ category over many places.

In the absence of any moderate to strong winds from the area,this situation is expected to continue till January 5. However, there is some possibility of scattered rains which may occur over Delhi-NCR around January 6. These rains would prove helpful in flushing out pollutants.

Let’s hope New Year brings these rains at the earliest as it is high time to understand the gravity of situation in throwing out pollution. Till then citizens are strictly advised not to engage in much outdoor activities to avoid any direct exposure with evil pollutants.