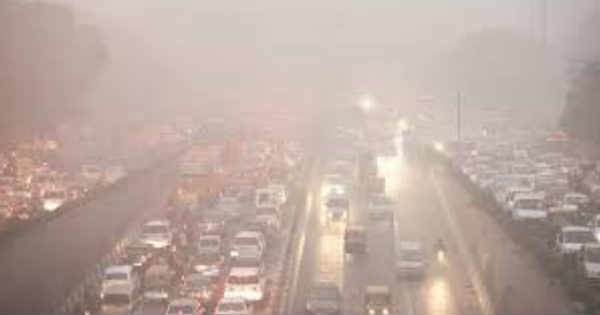 This time winters knocked the doors late and severe winter chill commenced around December 29, which continued till January 1, 2019. During this time, the minimums were hovering between four to five degrees and it even went down at fewer occasions.

The first winter rain for this season was observed on January 5 and 6 in Delhi-NCR. Rains made a comeback after 20 long days. The best part about these rains was that the pollution levels went down. Thereafter, cold dry winds from the northwest continued to blow over the national territory with a speed of 10-15 kmph, thus resulting in further betterment in the Air Quality Index (AQI).

In the past two days, the AQI has been oscillating between moderate and poor category. However, now the pollution levels have gone up, and made an entry in very poor to poor category. Calm and light winds along with rise in humidity levels because of an induced Cyclonic Circulation over Northern Plains are the contributors for hike in pollution levels. Haze and mist is also on a rise. The pollutants in the atmosphere got clinged with mist and haze, resulting in rise in pollution levels over isolated pockets of Delhi-NCR. Few pockets are running under severe conditions and rest are in the range of very poor to poor.

As per Skymet Weather, humidity levels are expected to go up because of the rains in Punjab, Haryana and Rajasthan. This will lead to further increase in bad air quality. Around January 13 and 14, moderate to dense fog is expected to make a comeback, which will result in high pollution levels and minimums will see a drop by couple of degrees. There are chances that many places might just enter the ‘severe’ category. Post January 15, it seems that cold and north-westerlies will start blowing over the plains of the country which might just help in reducing pollutants to some extent. For the coming three days, we can expect AQI to be in ‘bad’ zone.

Weather update and forecast for March 2 across India