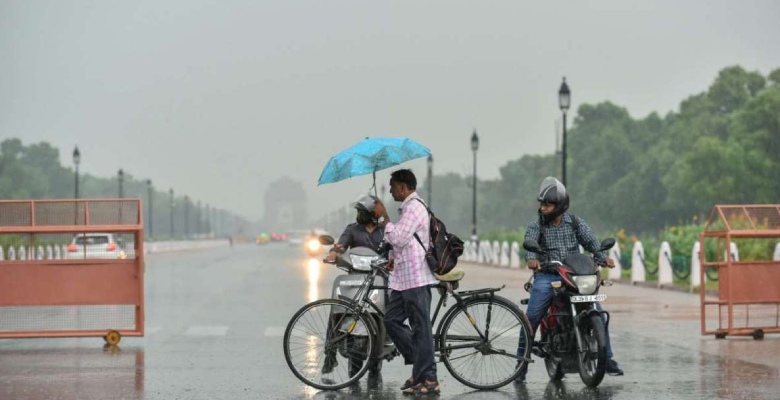 Delhi is likely to experience a prolonged spell of rain and thundershowers commencing today and continuing till 15th May. Weather activity will be preceded by dust storms and lightning accompanied with squally winds kicking up dust and gusty winds. Base observatory Safdarjung has recorded mild thunderstorms and light showers yesterday measuring 0.2mm of rainfall. Mercury levels also dropped across all parts of the capital to stay below normal by 2-3 degrees.

The persistent cyclonic circulation over Haryana and North Rajasthan with a trough extending eastward are meteorologically ideal for interaction between two opposing wind streams. Southwesterly winds from the Arabian Sea and Gujarat are meeting the Indo Gangetic stream along the trough line to generate stormy clouds. The movement of the western disturbance across Jammu & Kashmir and its induced circulation over Haryana region is nearly stalled to unusually prolong this weather activity for the next 5days.

Most of this activity will occur during the late afternoon, evening and night with breaks in between. Intense weather with peak winds and lightning strikes is expected on 12th and 13th May. The convective spell will start receding from 15th May onward and only remnant effect is expected over the weekend.

This time around is the peak heat period but the capital city has recorded temperatures less than 40 degrees for the last 5 consecutive days. Mercury is expected to cross 40 degrees only on 17th May or beyond. In between the temperatures are likely to plunge to about 34-35degree staying below the average by 5-6degree. The heatwave will continue to be abated for the next one week.