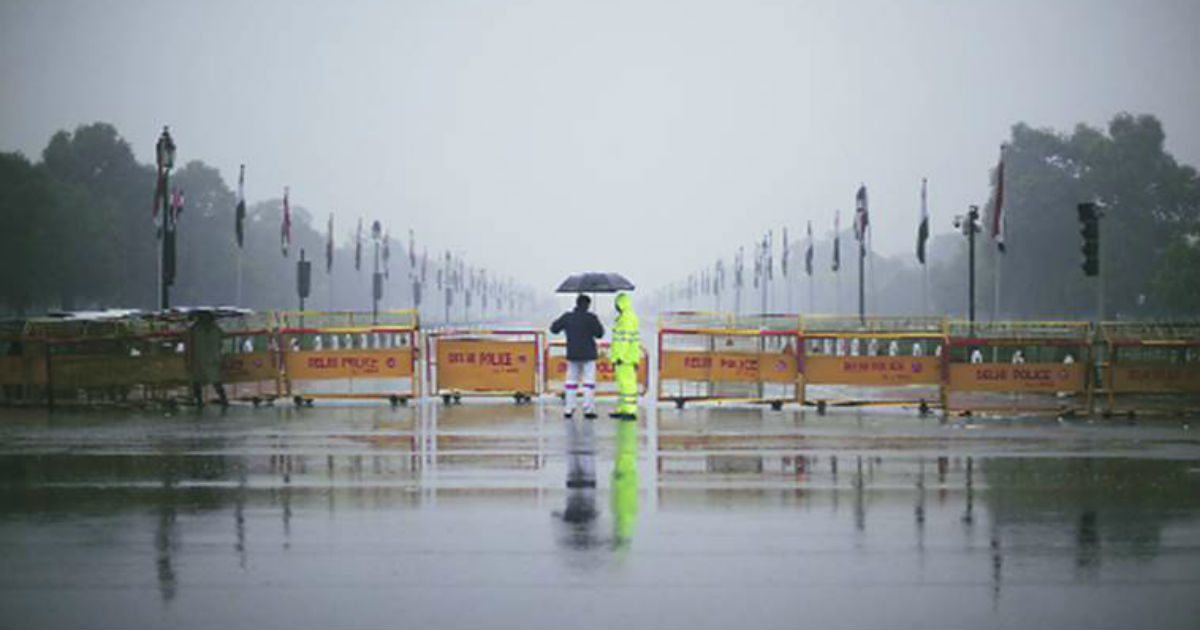 As predicted, Delhi rains drenched several parts of the national capital along with adjoining areas of Gurugram, Faridabad and Noida. In span of last 24 hours, Palam Observatory recorded 3 mm of rains, followed by Safdarjung Observatory with 2 mm of rains. However, few areas also reported some intense rains and thundershowers.

Rains had commenced around 9 pm on Thursday night and continued till early Friday morning hours. Friday too began with intense clouding, with rains following at many places till forenoon hours. These rains were accompanied with strong winds to the tune of 20-25 kmph.

According to weathermen, the weather is now expected to clear up gradually, but clouding and moderate winds would persist for the entire day. The affecting Western Disturbance and its induced cyclonic circulation has now become insignificant. As a result, weather would now start clearing up.

These rains have pulled down the rising mercury, which has been settling in higher 20s. As per weathermen, we can expect maximum temperature to hover around 24 or 25 degree Celsius.

However, high humidity has increased the night temperatures, that had peaked to 15.8 degree Celsius on Friday morning. This was five degrees above the average mean. In fact, night temperature would continue to settle around 16 degrees today as well.

According to Skymet Weather, clear sky and bright sunshine would make a comeback by Saturday. With this, winds direction would change again from humid southeasterlies to cold northwesterlies. As a result night would decrease but that drop would be a marginal one. Meanwhile, sharp sunshine would increase the day temperatures which would again rise to 25 degree Celsius.