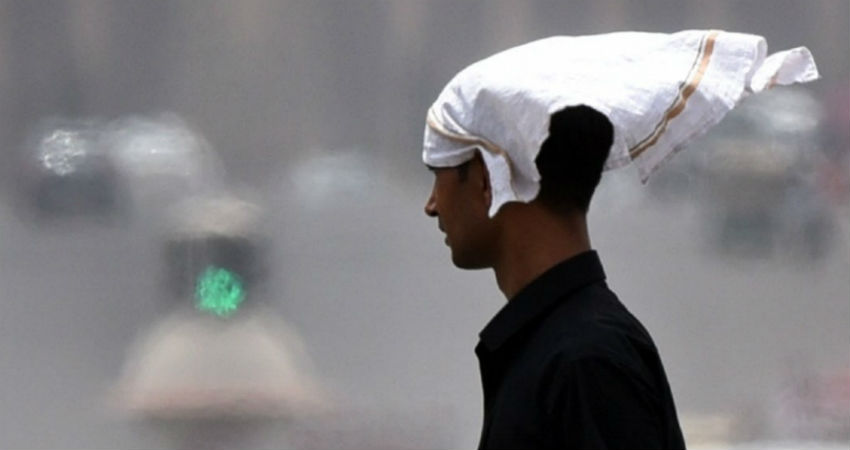 Mercury has been soaring high for the 5th consecutive day in the national capital. On the expected lines, base observatory Safdarjung breached 41 degrees mark 1st time this season, to go on to record 41.4 degrees, about 4degree above the normal. Few other observatories stayed ahead of the base record to nearly reach blistering 44 degrees. Ayanagar measured 42 degrees and Narela topped the list with 43.8 degrees, almost 5 degrees above the average. With this, Delhi is under siege of the heatwave and is expected to continue.

Feeble western disturbance is shifting across hills of North India and the upper reaches are experiencing scattered rain and snow, mostly light in nature. This activity will increase over the next 2 days and intrude some plains on the 3rd day. However Delhi will remain far from its reach and therefore the temperature is likely to rise further, setting yet another fresh record.

A fresh western disturbance is arriving on the 30th April. This weather system also will be flanked by induced cyclonic circulation initially appearing over North Rajasthan and Pakistan region and later drifting over northern plains on 01st May. This is the time when Delhi is expected to receive relief showers over most parts. This also will set the pace for more pre-monsoon showers between 02nd and 05th May. Temperature is expected to drop by 5-6 degrees to hover around mid 30's.

Very soon Delhi will enter the hottest month of May, when frequent heatwave, more thunderstorms, dust storms, and damaging high-velocity winds are expected. This hazardous phenomenon has the potential to disrupt and inflict heavy loss of life and property. Strict measures need to be put in place to minimize eventual seasonal calamity.

Weather update and forecast for January 23 across India