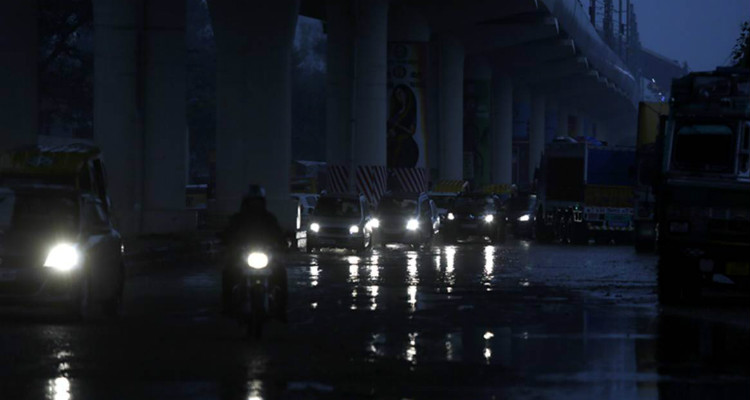 Delhi has not witnessed any noticeable pre-monsoon activity or seasonal showers this time so far. The last measurable rain of 2mm was recorded over Delhi on 17th April and nearly lull thereafter. It is rather unusual for Delhi to escape the dust and rain of the season. Of course, the predominant feature of heat became evident in April by registering 8 days with a temperature in excess of 40 degrees. The first week of May also has been on the same track when the daily maximum did shy away breaching the 40 degrees mark on a couple of days, but the mercury has generally stayed above normal by 2-3 degrees.

Today, the capital city of Delhi stand better chances for a spell of rain and thunderstorm preceded by dust storm during late afternoon and evening. Clear sky and bright sun during the day over Delhi will push the mercury again to the high 30's, but the reversal in the wind pattern dominated by the ' easterly' will tame the stinging heat. The humidity will rise a bit making it warm and humid throughout the day.

Under the influence of a western disturbance over the Jammu & Kashmir region, an induced cyclonic circulation is now marked over Haryana and neighborhood with an east-west trough extending further across Delhi and West Uttar Pradesh. Token support is also coming from the medium levels of the atmosphere to sustain this feature. With a heat trigger of 35 degrees and above, conditions are favorable over Delhi for a thunderstorm and dust storm succeded by sporadic shower towards late afternoon and evening. A temperature drop of 4-6 degrees will follow raising comfort levels during the night. The remnant effect of this activity may even extend tomorrow, albeit on a milder note and subdued temperature.