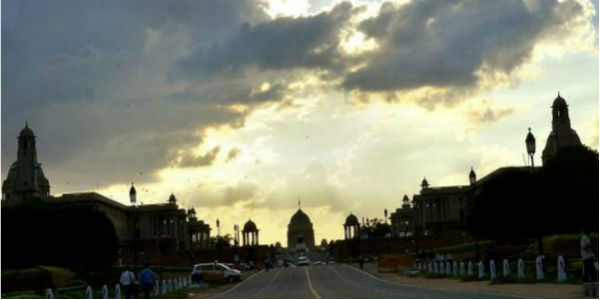 However, weathermen are now citing some relief from the scorching weather today. Changes in the weather conditions are already seen, as Delhi woke up to a windy morning on Tuesday.

“Though day will continue to be hot on Tuesday but dust storm and thunderstorm or isolated light rains are likely by the evening or late night today. Moreover, these strong winds from Arabian Sea that are relatively cooler in nature will also be instrumental in dropping the temperatures,” said Mahesh Palawat, VP-Meteorology, Skymet Weather.

The approaching rains can be attributed to the fresh Western Disturbance over Jammu and Kashmir, which is likely to induce a cyclonic circulation over Central Pakistan and adjoining Punjab. A trough is also likely to extend from this system till Jharkhand across northern plains including Delhi NCR.

As the systems get more marked, we can expect light rains Wednesday onwards. This rainy spell will most likely stay for three days till June 8 or June 9.

In wake of these rains, maximum temperatures will start dipping from today only and subsequently heatwave conditions will also abate from the national capital region.