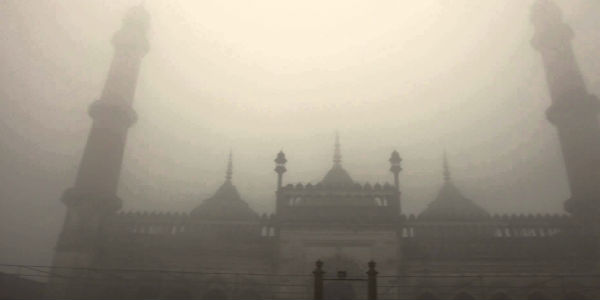 For the second consecutive day, the blanket of dense fog again engulfed the regions of East Uttar Pradesh and Bihar today morning. So much so that, the lowest visibility was recorded at Bahraich, Agra and Gorakhpur, wherein it dropped to less than 25 meters.

The reappearance of foggy weather could be attributed to the flow of dry and cold northwesterly winds that redirected the thick blanket of fog from Northwest India to East Uttar Pradesh and Bihar.

Prior to this weather scenario, a significant improvement was witnessed in the weather, particularly in terms of fog as the northwesterly winds picked up pace and resulted in the thinning down of fog layer. However, moderate fog persisted during late night and morning hours over the mentioned regions.

As per Skymet Weather, now the northwesterlies are yet again strengthening. As a consequence, the intensity of fog will again lessen over Uttar Pradesh and Bihar during the next 48 hours.

The maximum portion of the regions would witness shallow to moderate fog, while isolated chunks are likely to observe dense fog.